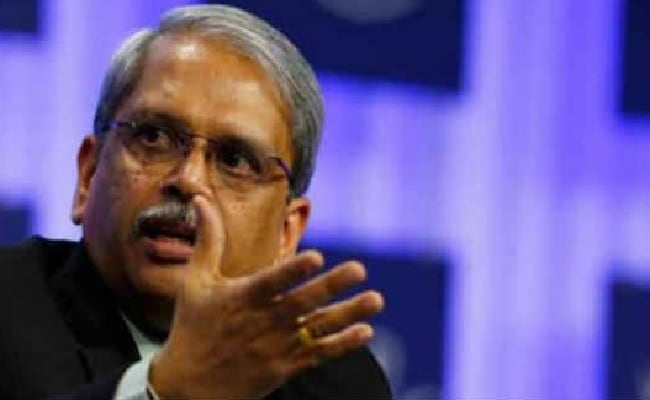 Kris Gopalakrishnan said that there will be sectors which will create significant number of jobs.

Hyderabad: India needs to come out with a roadmap every decade to educate its people on areas creating new job opportunities and prepare them to take up those employment, according to information technology industry veteran 'Kris' Gopalakrishnan.

"I am confident in saying that an ecomomy that's growing at 8 per cent will create sufficient number of jobs. Challenge is to make sure we prepare our people to take on those new jobs," the former President of Confederation of Indian Industry (CII), told PTI.

"Every decade you have to have a project...which jobs would be created, where are the opportunities and how do you prepare the people for those kind of jobs. So, there has to be detailed analysis and study. So, we need to invest significantly which we are doing in skilling people, in educating people about the economy that we want", he said.

For example in financial services, the focus of the study should be on sophisticated instruments which would be relevant in the field going forward, new opportunities that are emerging in lending, micro-finance, lending to SMEs, start-ups and venture community, the co-founder of Infosys Ltd, where he served as CEO and MD from 2007 to 2011, said.

On new employment opportunities, he talked about hardware maintenance because of spurt in usage of such devices.

"Number of jobs in retail is increasing dramatically as retail becomes organised. Agriculture jobs will move to food production and value added products from agriculture. Taking care of elderly, and nursing are going to be huge opportunity.

There will be sectors of the economy which will create significant number of jobs," Mr Gopalakrishnan said.

He termed as "incorrect"and "not as large as it is made out to be" a World Bank research that claimed that automation threatens 69 per cent of jobs in India (while 77 per cent in China) as technology could fundamentally disrupt the pattern of traditional economic path in developing countries.

Mr Gopalakrishnan expressed the view that while automation would have an impact in manufacturing, agriculture and IT services, many of the jobs in other services like in construction and supply chain, would not "go away". Jobs in financial services would continue to rise.

"Its not as large as they made it out to be," said the Chairman of early stage venture capital firm, Axilor Ventures.

"No body wants to do agriculture jobs. Farmer's children do not want to be in agriculture. Cultural changes that's happening also plays an important role on how jobs move.

Promoted
Listen to the latest songs, only on JioSaavn.com
Migration to urban areas and mechanisation will take jobs away from agriculture. There will be shift to sectors creating jobs. So, will there be displacement of jobs? Yes. Factors are many, automation is one of the factors," he said.

Here's How Much You Pay For Petrol, Diesel, LPG And CNG Now