Reliance Industries company also announced that it will start Jiofiber services on a commercial basis from September 5. 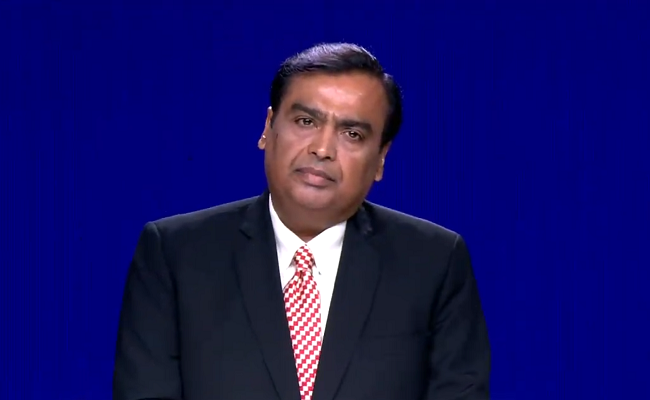 "First, the default tariffs on your Jio home phone will be one-fifth to one-tenth of existing industry tariffs. Second, we are announcing an unlimited international calling pack at Rs. 500 per month, to US and Canada, thereby making it easy for families to connect," Mr Ambani added.

The company also said that it will start JioFiber services on a commercial basis from September 5, which will be priced between Rs. 700 and Rs. 10,000 per month.

RIL will also sell a 20 per cent stake in its oil to chemicals business to Saudi Aramco in one of the largest foreign investments in the country, Mr Ambani said at the AGM.