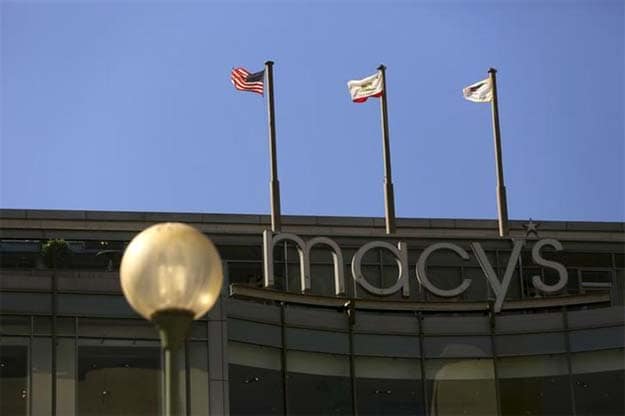 Bricks-and-mortar retailers are trying to compete with Amazon.com Inc and each other by offering what they hope is the best of both worlds - online sales with the option of store pickups, delivery and returns.

It is also one of the best ways that traditional retailers can hope to compete with Amazon, whose physical presence is limited to distribution centers.

"The promise is there, the potential is there, and when it works, it's a lovely thing," said Fiona Dias, referring to omni-channel shopping. Dias is chief strategy officer at ShopRunner, which provides e-commerce services to major US retailers.

But only a handful of retailers are doing it well, the experts said. For starters, it is expensive. Making the change typically requires costly software to combine online and in-store inventory. Stores also need to be reconfigured to give workers room to pack and prepare orders.

Staff has to be retrained so that they encourage sales both in-store and online, even if they lose a potential commission by selling online. And the sales strategy requires big changes in how an organization works - merchandise buyers for e-commerce and stores have typically operated separately.

"It's been very frustrating for us in the industry who know it can be done," said Dias. She gives the retail sector a C- minus grade, saying too few chains have tapped the potential of omni-channel shopping even as big companies have made strides.

According to the US Commerce Department, online retail sales increased 18.4 per cent in the second quarter. With only about 7 per cent of overall retail sales coming from online sales, there is still lots of room left for retailers despite Amazon's head start.

Though top retailers initially reacted slowly to Amazon's rise, many have redoubled their efforts, and some are taking advantage of their numerous stores to improve online sales. Nordstrom Inc, Macy's Inc and Wal-Mart Stores Inc now all use stores to ship products, something that can speed delivery and reduce the amount of merchandise that ends up on clearance.

Wal-Mart now fills 10 per cent of online orders that go to shoppers' homes from its stores, Walmart US chief executive Bill Simon said at the summit.

In-store pickup will allow Wal-Mart to get more last-minute online sales, right up until stores close on Christmas Eve, since shoppers do not have to factor in as many days for shipping as they would with an online-only retailer, Simon said.

Wal-Mart also is testing the use of storage lockers at the front of some stores in the Washington, DC, area where shoppers can quickly pop in to pick up items ordered online without needing to visit a large store. Simon said the company is ready to roll out the program as demand dictates.

Target Corp is only now getting around to offering "buy online, pickup in store". CEO Gregg Steinhafel said last month he expects to roll out the option to all stores by the holiday season. Kohl's Corp will start offering in-store order pickup next year.

Many teen chains including Aeropostale Inc, and specialty stores, as well as smaller chains, are not as far along in merging e-commerce and brick-and-mortar because of the small size of their stores, the panelists said.

Some retailers are already looking at the next phase of omni-channel selling.

Gap Inc is letting shoppers at 40 Gap and Banana Republic stores in Chicago and San Francisco reserve items online, and holding them for 24 hours. Gap hopes this will give shoppers more reason to come in and shop some more.

"(With) a person who reserves, purchase intent is super high," Gap chief executive Glenn Murphy told investors at a conference on Monday. He said the program would be rolled out more broadly next month since results have been good so far.