India's top retailer, Reliance, has privately defended an abrupt takeover of the stores of debt-laden rival Future Retail, saying mounting dues of $634 million compelled it to act beyond expectations, a company letter shows. 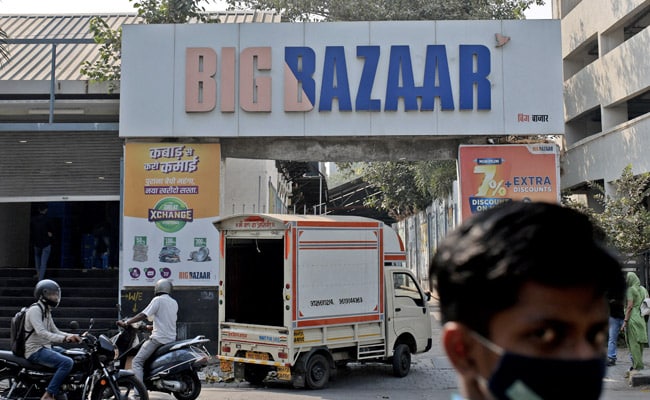 Over months, Reliance had taken over the leases of more than 900 of Future's 1,500 stores

India's top retailer, Reliance, has privately defended an abrupt takeover of the stores of debt-laden rival Future Retail, saying mounting dues of $634 million compelled it to act beyond expectations, a company letter shows.

The takeover was part of the race to dominate a $900-billion retail sector that set off a bitter dispute in which India's Supreme Court will decide whether Reliance or Amazon.com Inc gets to scoop up Future's assets.

The March 8 letter, seen by Reuters, reveals for the first time Reliance's stance on the events of the night of February 25, when staff suddenly showed up at many of its rival's stores to take control over missed lease payments.

That move stunned not only Future but also Amazon, which has cited violation of certain contracts to legally block, since 2020, a $3.4-billion deal between the two Indian giants.

In the letter, Reliance said it went "well and truly beyond what can be expected" to keep Future "out of harm's way," as it took "significant steps" to ensure business continuity at Future and make sure there was "no impediment" to their deal.

Over months, Reliance had taken over the leases of more than 900 of Future's 1,500 stores, while still allowing the company to run them.

As Future proved unable to pay outstanding dues and losses in its retail operations swelled, Reliance faced "compelling circumstances" and decided to exercise its legal right to take over the stores, the letter added.

Neither Reliance nor Future immediately responded to a request for comment.

Future, which is staring at bankruptcy as its losses grow, has previously called Reliance's move "drastic and unilateral".

Before Amazon blocked it, Reliance, led by India's richest man, Mukesh Ambani, had proposed a $3.4-billion deal to buy Future's retail, wholesale and logistics operations, as well as some other businesses.

But following Reliance's abrupt takeover of its stores, Future sought several assurances in a March 2 letter, also seen by Reuters, asking if Reliance would stick to the deal without changing its value or terms.

In its response on March 8, Reliance said Future's request for assurances had to be seen "in the light of the rapidly evolving circumstances".

It added, "As and when the scheme (deal) is implemented, it will be in accordance with its terms."