What Mukesh Ambani Is Picking Up On His Giant Shopping Spree

Mukesh Ambani is seeking to widen his retail footprint in a market that's become a hot spot for global giants such as Amazon as well as many local rivals. 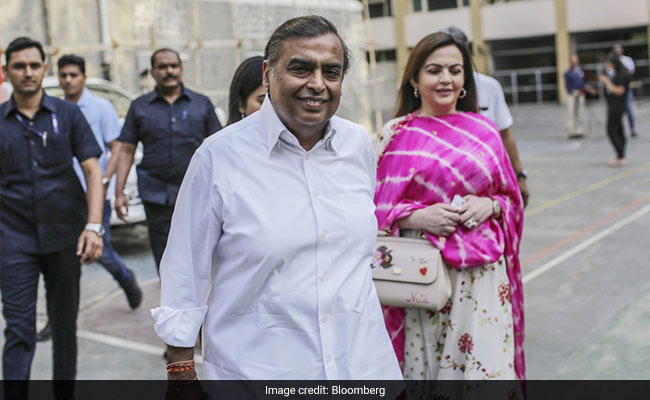 Mukesh Ambani, Asia's richest man who spent the early few months of the pandemic raising more than $20 billion by selling stakes in his technology venture, is now on a shopping spree.

The billionaire is looking to acquire several local online retailers to help expand product offerings, people familiar with the matter said, as he races to build his e-commerce platform and compete against Amazon.com Inc.

Reliance Industries Ltd., Mr Ambani's oil, retail and telecommunications conglomerate, is in various stages of negotiations to either buy out or purchase stakes in Urban Ladder, an online furniture seller, Zivame, a lingerie maker, and Netmeds, which delivers medicine, the people said, asking not to be identified as the talks are confidential. There's no certainty the deliberations may result in a deal, they added.

The 63-year-old tycoon is seeking to widen his retail footprint in a market that's become a hot spot for global giants such as Amazon as well as many local rivals, all chasing a billion-plus consumers. The business mogul last month outlined plans to rope in investors for his Reliance Retail Ltd., days after selling a combined 33 per cent stake in Jio Platforms Ltd. -- a digital services holding company -- to partners including Facebook Inc. and Google.

“At a time like this, the valuation of a lot of retail organizations is really attractive and Reliance is in an enviable position with a huge war chest,” said Pronam Chatterjee, co-founder and chief executive officer of BluePi Consulting. “In the next five years, we see one retail organization taking up the pole position. With these acquisitions Reliance is priming to be the clear leader.”

Reliance could pay as much as $160 million for Bangalore-based Zivame, the Economic Times reported earlier. The Urban Ladder deal could be pegged at about $30 million, while Netmeds at $120 million, local media have reported. Milkbasket, a milk delivery company, is also one of the targets, the Times of India reported Monday.

Representatives for Zivame, Urban Ladder and Netmeds didn't respond to requests for comment, while a spokesman for Reliance declined to comment.

Ambani's latest hunt for deals follows a wave of similar acquisitions that started around 2017. Since then, his group has purchased British toy store-chain Hamleys, a local music streaming app called Saavn, logistics operation Grab a Grub Services and the Haptik artificial intelligence chatbot. Reliance is also closing in on a deal for stakes in some units of Indian retailer Future Group, people familiar with the matter said in June.

Late last year, Ambani unveiled his shopping portal JioMart, which is now delivering in about 200 cities and towns. His chase for the assets comes at a time when the coronavirus pandemic has disrupted supply chains and dented sales at conventional retailers, while boosting online orders from people under lockdown.

The talks are part of the intensifying war to win over the Indian shopper -- both online and in physical stores. Amazon has pledged to invest $5.5 billion in the country, while Walmart Inc. spent $16 billion to buy local e-commerce leader Flipkart Online Services Pvt. in 2018.