Reliance Industries AGM 2020: Billionaire Mukesh Ambani-led Reliance Industries held its 43rd annual general meeting (AGM) on Wednesday. In a first, the annual general meeting of oil-to-telecom conglomerate RIL - whose market capitalisation topped the Rs 12 lakh crore mark earlier this week - was conducted through a video webcast. Reliance Industries announced a slew of deals, including an investment of Rs 33,737 crore in its digital serves arm, Jio Platforms, by Alphabet Inc's Google. However, Reliance Industries' deal with Saudi Aramco has not progressed according to the scheduled time due to "unforeseen situation in the energy market and COVID-19 situation", Mr Ambani said in an address to the company's shareholders at the AGM. In June, Reliance Industries became net debt-free, reaching the milestone much ahead of a March 2021 announced by Mukesh Ambani in the previous AGM, held in August last year. 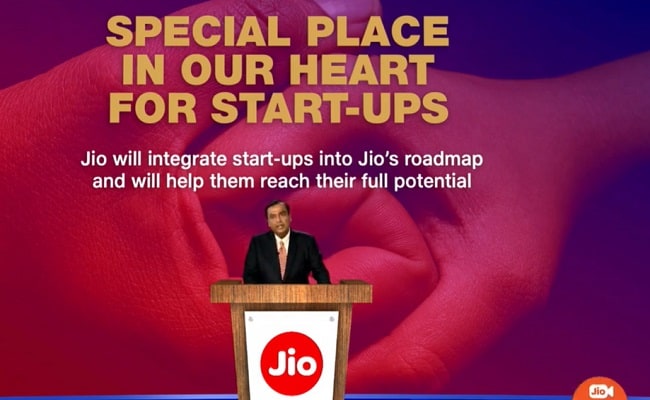 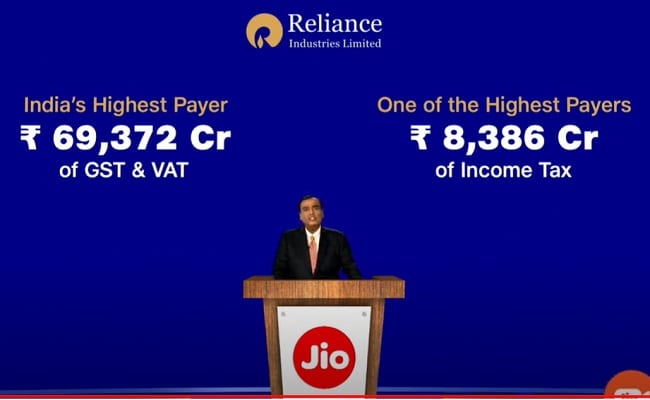 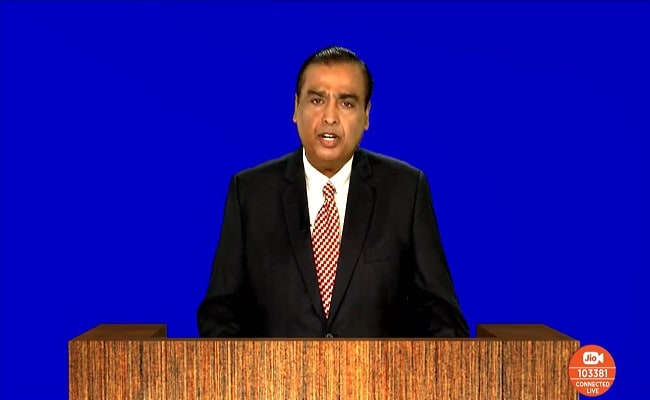 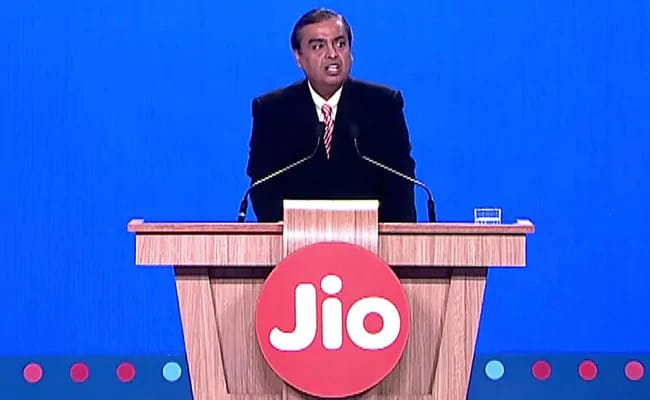 "Jio has truly become the digital gateway of India," Mr Ambani had said at the company's 42nd AGM held in August last year. He also said that Reliance Industries' two consumer businesses - Reliance Jio and Reliance Retail - "now collectively contribute nearly 32 per cent to the consolidated EBITDA, up from 2 per cent five years ago... The day is not far when their share would be 50 per cent." (Read full speech)
Jul 15, 2020 13:19 (IST)
Reliance Industries' Rights Issue Is India's Largest So Far
Reliance Industries' rights issue worth more than Rs 53,000 crore, which concluded in June, is so far India's largest. The rights issue was subscribed 1.6 times, in "a vote of confidence, by both domestic investors, foreign investors and small retail shareholders, in the intrinsic strength of the Indian economy", RIL chairman Mukesh Ambani said.
Jul 15, 2020 13:07 (IST)
All Eyes On Jio Announcements At RIL's 43rd Annual General Meeting
Analysts keenly await any new announcements by Reliance Industries about the group's digital services arm, Jio Platforms, which houses telecom major Reliance Jio Infocomm. Reliance Industries raised Rs 1,18,318.45 crore by selling a more than 25 per cent stake in Jio Platforms through 13 deals since April 22.

"I have fulfilled my promise to the shareholders by making Reliance net debt-free much before our original schedule of 31st March 2021," Mukesh Ambani said as his group reached the milestone. He had announced the target at the company's 42nd AGM, held in August 2019.
Jul 15, 2020 12:56 (IST)
RIL Shares Hit Record High
Today, Reliance Industries shares rose as much as 3.23 per cent to clock a new all-time high of Rs 1,978.50 apiece on the BSE.

At 12:53 pm, the stock traded up 1.85 per cent at Rs 1,952.10 apiece on the bourse, ahead of the Reliance Industries AGM, outperforming the benchmark Sensex index which was up 1.75 per cent.
Jul 15, 2020 12:53 (IST)
Reliance Industries Continues To Hold Most Valuable Indian Company Title
Reliance Industries is India's most valuable company, meaning its market capitalisation (also known as M-Cap) is the highest among listed companies in the country.

You are requested to save the date and stay tuned for more updates.#RILAGM#NayeIndiaKaNayaJoshpic.twitter.com/3Z9TqIyl9j