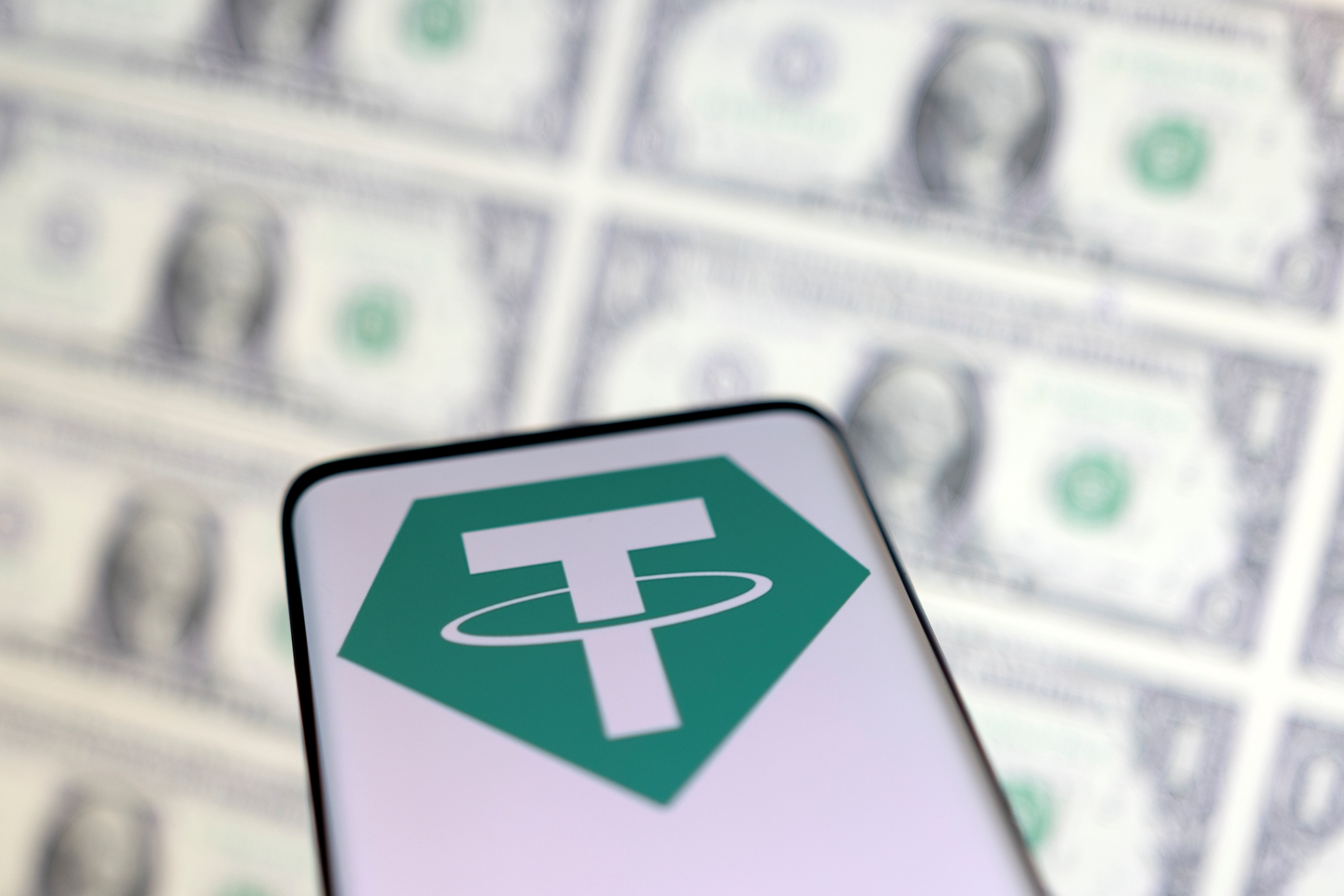 The reserves statement on Tether's website came a day after it said it had switched to accountancy firm BDO Italia to certify its reserves and would aim to release monthly reports by the end of the year.

Stablecoins are a type of cryptocurrency designed to keep constant value, such as a 1:1 US dollar peg. They are widely used in cryptocurrency trading to move funds between different cryptocurrencies or into regular cash.

Financial regulators worldwide have warned that stablecoins could pose a risk to wider financial stability, with Britain among major economies looking to regulate the sector.

Tether says its coin maintains its value by holding dollar-denominated reserves to match or exceed the value of Tether coins in circulation.

In June, Tether's chief technology officer Paolo Ardoino said in a tweet that Tether had processed $16 billion in redemptions. Tether said in emailed comments on Friday that these redemptions were why the reserves fell. A broader crypto market meltdown had prompted investors to swap their Tether holdings back into dollars.

7/
In more than one month Tether processed 16B in redemptions (~19% of our total reserves), again proving that our operations, portfolio, banking infrastructure and team are solid and battle tested.

"The report itself looks positive for Tether, because it reinforces that there's probably no bank run big enough to run them down to the parts of their treasury that might be questionable," said Joseph Edwards, investment partner at Securitize Capital.

"The questionable part of the report is switching auditor yet again, especially given that it's to a division with no existent presence in English-language markets," Edwards added. "They're within their rights to do so, but it'll do little to silence critics."

Tether said in emailed comments that BDO is a top-five firm and that working with BDO Italia "aligns with our commitment to the Tether community to work with a larger and more experienced firm."

Its website shows it has published reports vouching for its reserves from at least five other firms since 2017.

The company's holdings of US Treasury bills fell to $28.9 billion in the second quarter, the statement said, a $10.3 billion drop from the $39.2 billion it held in the first quarter.

Commercial paper and certificates of deposit were down to $8.4 billion, showing an $11.7 billion drop.

In July, Tether said it had slashed its commercial paper holdings as part of a plan to reduce exposure to riskier assets.

Ardoino also said the company will have cut its commercial paper holdings to $200 million by the end of August, and to zero by the end of October.

"The allocation that was previously invested in commercial paper is now predominantly held in U.S. treasury bills or has been used to reimburse Tether's clients requesting redemptions," Tether said on Friday.

Australia Embarks On Crypto Stocktake Ahead Of Regulation