The Reserve Bank of India is likely to change its policy stance on Thursday and move closer to a rate cut in April. 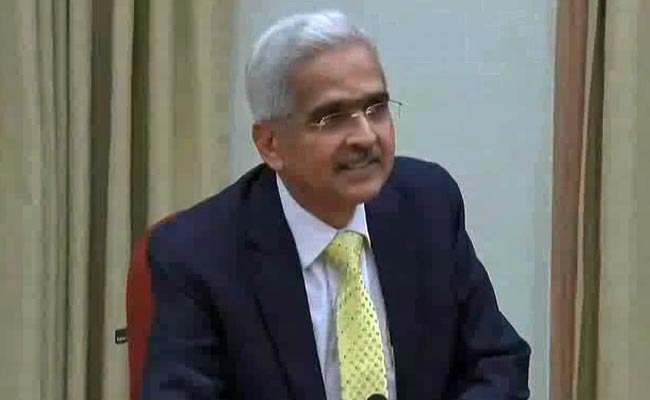 The Reserve Bank of India is likely to change its monetary policy stance to "neutral" from "calibrated tightening" on Thursday and move closer to a rate cut in April as inflation stays below the central bank's 4 per cent target. A softer stance would bode well for Prime Minister Narendra Modi's government, which wants to boost lending and lift growth as it faces elections by May.

The ruling Bharatiya Janata Party is already in an election mode. In its budget on February 1, the government doled out cash to farmers and tax cuts to middle-class families, at the cost of a wider fiscal deficit and larger borrowing.

While two-thirds of 65 economists expected the RBI to hold the repo rate at 6.50 per cent, most respondents predicted the six-member monetary policy committee (MPC) would shift its stance to neutral, according to a poll by news agency Reuters published on January 24. Nearly half of respondents expected a 25 basis point rate cut by mid-2019.

At Thursday's MPC meeting - the first for RBI Governor Shaktikanta Das - it will be tough to balance desire to support economic growth with the need to contain inflationary expectations.

Some economists said Mr Das, a seasoned bureaucrat, is likely to promote growth and aid the fragile financial sector, as inflation is comfortable at present, in December dropping to an 18-month low of 2.19 per cent.

"Given that inflation has crashed, oil prices are much lower than the peak, consumer durables and non-durables demand is slowing and global economy is slowing down, there is a definite scope for a change in stance and even a rate cut on Thursday will not be out of sync," said Rupa Rege Nitsure, group chief economist at L&T Finance Holdings in Mumbai.

Concerns about non-bank finance companies have increased since a liquidity squeeze in September and a string of defaults at a infrastructure lender IL&FS triggered massive redemption by investors.

In the past week, media claims of mismanagement at Dewan Housing Finance Corp - which the company denied - hit its share price.

However, for the central bank, cutting rates to support the financial sector by taking comfort from the sharply lower inflation rate might not be as simple as it sounds.

An expansionary budget could bolster consumer spending and stoke inflation. Also, policymakers are likely to be wary of a third straight miss on the fiscal deficit target, a key factor that weighs on the inflation outlook.

Re-emergence of inflationary pressures even as growth stays subdued could keep the central bank from cutting rates, some analysts said.

Radhika Rao, economist at DBS in Singapore, does not expect any cuts in 2019, given the budget and uncertainties about the outlook.

"Notwithstanding the pressures, I don't think RBI will rush through to ease rates," she said.