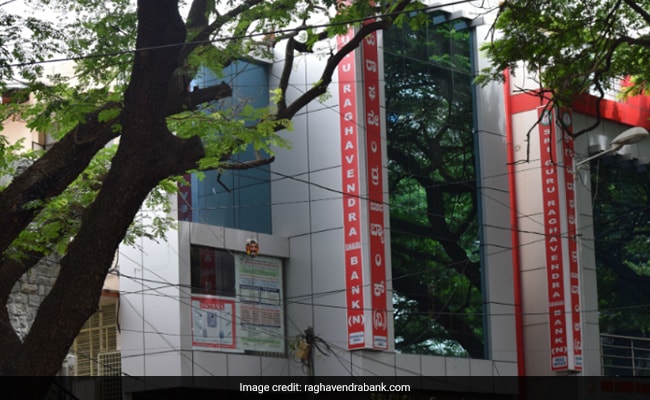 Sri Guru Raghavendra Sahakara Bank has been restricted from disbursing any new loans.

The Reserve Bank of India (RBI) has imposed a withdrawal limit of Rs 35,000 on those holding accounts in Bengaluru-based Sri Guru Raghavendra Sahakara Bank. The withdrawal limit is applicable to savings, current or any other deposit account, according to the RBI. "In particular, a sum not exceeding Rs 35,000 of the total balance in every savings bank or current account or any other deposit account may be allowed to be withdrawn," the central bank said. The imposition of restrictions on Sri Guru Raghavendra Sahakara Bank comes at a time when the country's banks are already saddled with nearly $150 billion in bad loans, struggling to grow their lending activity as a slowdown in domestic consumption weighs on demand for credit.

Sri Gururaghavendra Sahakara Bank has also been restricted from disbursing any loans, making any investment or incurring any liability including borrowing of funds and acceptance of fresh deposits, according to an RBI statement.

The restrictions came into force from the close of business hours on January 10, according to the RBI. The cooperative bank will have to take approval of the RBI for performing any such tasks.

"Reserve Bank of India has issued certain Directions to Sri Gururaghavendra Sahakara Bank Niyamitha, Bengaluru, Karnataka whereby, as from the close of business on January 10, 2020, the aforesaid bank shall not, without prior approval of RBI in writing grant or renew any loans and advances, make any investment, incur any liability including borrowal of funds and acceptance of fresh deposits, disburse or agree to disburse any payment whether in discharge of its liabilities and obligations or otherwise, enter into any compromise or arrangement and sell, transfer or otherwise dispose of any of its properties or assets," the RBI further said.

However, the RBI has made it clear that the directions issued by it should not be seen as cancellation of the banking license of Sri Gururaghavendra Sahakara Bank, which will continue to undertake banking business with restrictions till its financial position improves.

The directions issued by the RBI will remain in force for a period of six months, the RBI said.

Last year, fault lines in over 1,500 urban co-operative banks were exposed after a scam at Punjab and Maharashtra Co-operative Bank (PMC). PMC used more than 21,000 fictitious accounts to hide loans it made to one realty company which had led to a loss of at least Rs 4,355 crore.

The RBI has taken steps to improve governance at co-operative banks as their performance deteriorated significantly between March and September 2019.