Shaktikanta Das said on an ocean of high turbulence and uncertainty, Indian economy is an island of macroeconomic and financial stability. 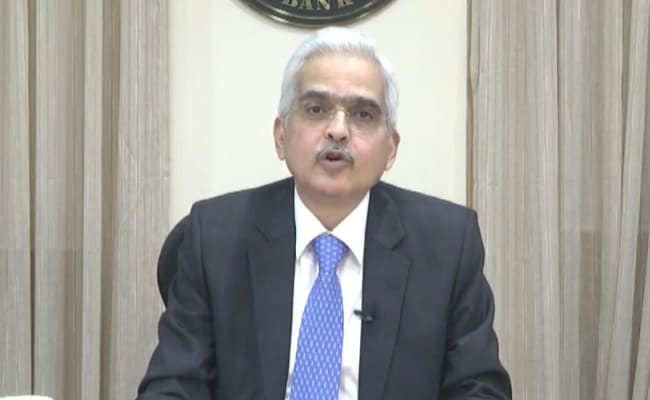 RBI Governor did not list out the two Black Swan events that he referred to.

Reserve Bank of India Governor Shaktikanta Das on Friday said the country's economy is an island of stability despite two Black Swan events and multiple shocks.

"In an ocean of high turbulence and uncertainty, Indian economy is an island of macroeconomic and financial stability," Mr Das told reporters during the post policy press conference.

He said the financial stability, macroeconomic stability and resilience of growth is being witnessed despite two Black Swan events happening one after the other and multiple shocks.

Generally, a Black Swan event refers to an unpredictable event that has negative consequences.

Mr Das did not list out the two Black Swan events that he referred to.

In recent times, the coronavirus pandemic and the Russia-Ukraine war have significantly impacted the global economy.

The Monetary Policy Committee (MPC) on Friday increased the repo rate by 50 basis points to 5.40 per cent. It also decided to remain focused on withdrawal of accommodation to ensure that inflation remains within the target going forward while supporting growth. The governor said the monetary policy will be calibrated, measured and nimble, going forward.

Inflation has peaked and will moderate but is at unacceptably high levels, he said.

He also said the country's current account deficit will be manageable and the central bank has the ability to manage the gap.