The RBI's challenge differs from most peers as it's also tasked with managing the government's mammoth borrowing and overseeing the nation's bad-debt-ridden banks. 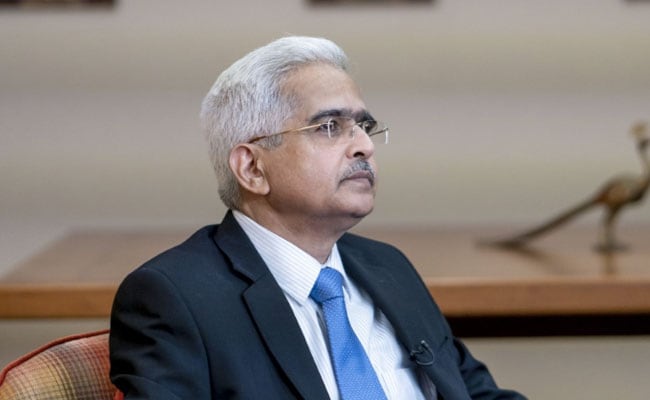 The inflation spike prevented the RBI from cutting interest rates at its past two meetings.

One of the toughest challenges central bankers face is how to navigate the "Impossible Trinity" -- maintaining monetary policy independence while allowing a steady flow of foreign capital and keeping a stable currency.

Also known as the "Trilemma," it's the bane of emerging markets from Argentina to Turkey. Cut interest rates too far and risk scaring off foreign capital, sending the currency tumbling. Raise borrowing costs too much to fight inflation and funds rush in, sending the currency higher and strangling exports.

In India, with supply chain disruptions and food prices pushing inflation stubbornly above target, handling the trinity is looking tougher for the central bank and its leader, Shaktikanta Das, who tested positive over the weekend for Covid-19. The Reserve Bank of India has signaled that letting the rupee strengthen is the least bad option as the economy shifts from being a global growth hotspot to a coronavirus hotbed.

The inflation spike prevented the RBI from cutting interest rates at its past two meetings, despite the economy forecast to shrink 10.3% in the year to March 2021 -- the biggest contraction among major emerging markets, according to the International Monetary Fund. With investors looking for riskier assets as the Federal Reserve expands its balance sheet, the RBI has let the rupee appreciate, adding a headwind for its struggling export sector.

Rahul Bajoria, senior India economist at Barclays Plc in Mumbai, notes the RBI has eased its grip over the currency as it grapples with the trilemma, a concept based on the work of economists Robert Mundell and Marcus Fleming. The rupee has risen 4% since slumping to a record 76.9088 per dollar in April, with most gains in July and August.

"Within the trinity, we believe the RBI has clearly chosen to let the currency appreciate," he said. "This would mean that in order to support economic revival, RBI may need to keep large amounts of liquidity, even if it raises latent inflation risks down the road. That also keeps alive the specter of rapid reversal of policies in the future."

The RBI's challenge differs from most peers as it's also tasked with managing the government's mammoth borrowing and overseeing the nation's bad-debt-ridden banks. In order to keep bond sales successful, it's snapping up debt in the secondary market and nudging banks to do the same.

This month the Monetary Policy Committee retained its main repurchase rate at 4% and the RBI turned to non-interest rate tools such as bond purchases to keep yields under control. In a post-decision press briefing, Das told market participants they have a shared duty to control the yield curve.

"Financial market stability and the orderly evolution of the yield curve are public goods and both market participants and the RBI have a shared responsibility in this regard," Das said.

If the yield curve is to be "orderly," the market needs assurances that inflation is under control, as the vast amounts of incoming foreign capital and generous doses of liquidity from the RBI risk spurring more price gains. At some point, the central bank must address these imbalances. 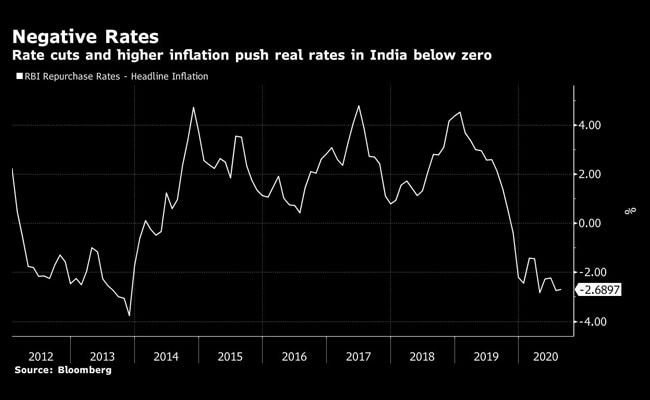 "The only way RBI can manage the trilemma is by sterilizing its intervention in the spot foreign exchange market," said Rajeswari Sengupta, assistant professor at the Indira Gandhi Institute of Development Research, Mumbai. Sterilization refers to mopping up excess liquidity injected through swapping foreign inflows, usually via bond sales.

But it isn't so straightforward. The RBI's bond purchases via open market operations to control yields is creating more liquidity with banks. That can be a problem as banks are already grappling with excess liquidity from RBI's forex market intervention at a time when demand for credit is subdued.

That excess cash can lead to double-digit inflation, similar to the aftermath of the 2008 global financial crisis. Or, in the absence of demand for new loans, it can force banks to funnel some of it into short-term sovereign debt, steepening the yield curve, which unfolded earlier this year.

"This is problematic at a time when liquidity levels are already exceptionally high, inflation has crossed the upper limit of 6% for more than three quarters, core inflation remains high and sticky and inflation expectations remain elevated," Sengupta said.

The central bank, which has piled up record foreign exchange reserves, signaled it's not averse to a firmer currency if it helps cool inflation.

In a rare departure from its usual reticence to discuss the rupee, the central bank in late August pointed to how a stronger currency can lower inflation. But with domestic consumption that makes nearly 60% of India's gross domestic product in the doldrums, a sharply higher rupee would make it harder for exports to power a recovery. 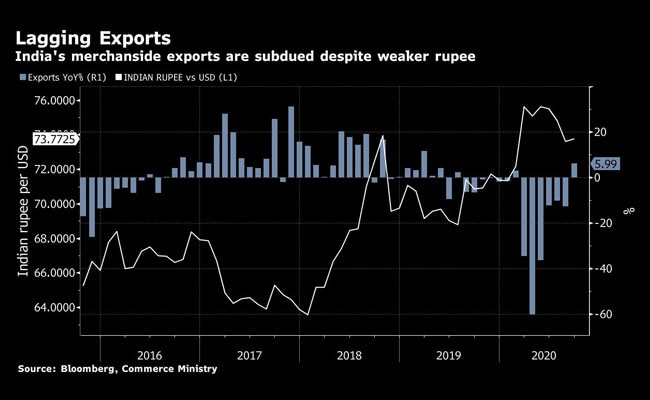 "The case becomes more compelling in the throes of the pandemic, when monetary policy was otherwise being eased," Chinoy said. "Letting the rupee strengthen constitutes a defacto tightening of monetary conditions and militates against domestic rate cuts and liquidity injections."

Nevertheless, there are examples for India. Colombia ditched its exchange rate band regime in the late 1990s seeking to control double-digit inflation. Since then, the nation adopted an inflation-targeting approach with a floating exchange rate. The peso has been highly volatile over the past two decades, but authorities have managed low and stable inflation with a target of 3%, plus or minus one percentage point.

"It is clear that from the impossible trinity Colombia has already released the exchange rate," said Juan Pablo Zarate, deputy finance minister and former central bank board member. "That floating worked fine."