The Raymond Apparel board has appointed Nirvik Singh, a marketing and communication industry veteran, as the non-executive chairman. 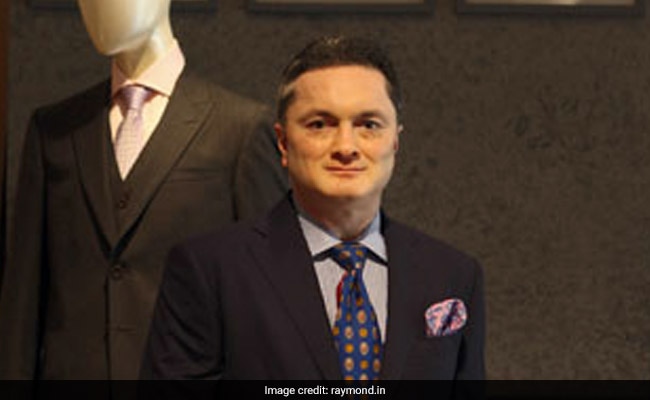 Gautam Singhania stepped down as chairman of Raymond's wholly-owned subsidiary, Raymond Apparel, the parent company said on Wednesday. However, he will continue to be on the board of Raymond Apparel, Maharashtra-based Raymond said in a regulatory filing during market hours. The board of Raymond Apparel appointed Nirvik Singh as the non-executive chairman, the statement noted. Shares in Raymond fell as much as 5.9 per cent during the day, before closing 0.5 per cent lower in a market that finished flat after a choppy session.

Commenting on the development, Mr Singhania said, "I have always believed in setting the highest standard of governance and have always advocated to run the business professionally."

Mr Singh, a marketing and communication industry veteran, is currently the chairman and CEO (Asia Pacific, Middle East and Africa) of Grey Group Asia Pacific. He began his career with Lipton India, a Unilever company, and became the head of Grey Group India at the age of 33. Mr Singh joined the board of Raymond Apparel in July 2011, and has since remained as an independent director on the company's board.

The Raymond Apparel board also inducted Anshu Sarin and Gautam Trivedi as directors. Ms Sarin has joined the team as non-executive director and Mr Trivedi as independent director, it noted.

Operating in the branded apparel space, Raymond Apparel provides ready-to-wear brands such as Park Avenue, Color Plus, Parx and Raymond Ready to Wear.