In a severe blow to the Tata Group, the NCLAT said December 18 that Cyrus Mistry was improperly removed in October 2016 at the behest of Ratan Tata. 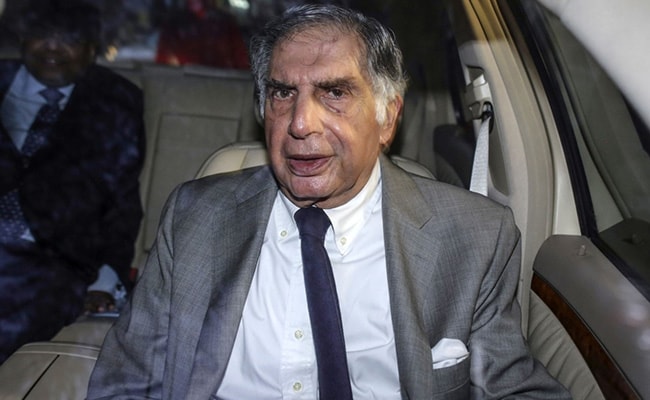 Ratan Tata is personally leading the charge and has filed a separate petition challenging the ruling.

After ousting his protege-turned-foe from the helm of Tata Sons Pvt. in a boardroom coup three years ago, Ratan Tata was looking forward to a partial retirement. Instead, he's fighting the battle all over again -- this time in a court.

Supreme Court is expected to hear as early as this week an appeal by the $111-billion conglomerate to quash a panel's order that directed the Tata group to rehire the man it fired as chairman. The tycoon, 82, is personally leading the charge in the case, and filed a separate petition challenging the ruling.

In a severe blow to the Tata Group, the National Company Law Appellate Tribunal said December 18 that Cyrus Mistry was improperly removed in October 2016 at the behest of Ratan Tata, chairman-emeritus of the group, whose actions were "oppressive" for minority investors. Meanwhile, Mr Mistry said that he doesn't want to return, but will fight to protect shareholder rights.

The court's verdict has threatened to upend Ratan Tata's 21-year legacy as chairman, when the group embarked on an unprecedented expansion, snapping up assets such as the iconic luxury carmaker Jaguar Land Rover and British steelmaker Corus Group Plc. After Mr Mistry took over as the chairman in 2012, he sought to roll back some of his predecessor's moves in a bid to pare the group's debt, drawing Ratan Tata's ire that eventually cost him his job.

"This is a landmark case for Ratan Tata," said Sanjiv Bhasin, executive vice-president at Mumbai-based brokerage India Infoline Ltd. "This is an ego battle and he wants to protect his legacy linked to the transformation of the Tata group."

The legal wrangling has come as the latest challenge for the octogenarian at a time when the group is trying to find partners for JLR, whose fortunes have faded in the wake of Brexit as well as a demand slump in China and a backlash against fossil-fuel-guzzling vehicles. The purchase of Corus in 2007 added to Tata Steel Ltd.'s debt and the company is now paring its European operations by slashing thousands of jobs.

In its appeal filed on January 2, Tata Sons sought an urgent hearing for a stay on the previous order, arguing it will cause chaos in the operations of its companies. "Any shadow over the management of any of these companies puts public interest in jeopardy," the petition said. In his separate filing a day later, Ratan Tata said the lower court's judgment is "specious, wholly erroneous and unsustainable."

In a statement Sunday, Mr Mistry, whose family owns 18 per cent of Tata Sons, said he won't seek to be a director on Tata's group firms such as Tata Consultancy Services Ltd., Tata Teleservices Ltd. or Tata Industries Ltd. Instead, the executive said he will seek to get his seat back at the board of Tata Sons.

"It is time the group's management introspects and reflects on its conduct as it embarks on future actions," he said.

The lower court that delivered the shock order last month had seen most of its high-profile decisions last year modified by the Supreme Court. Six of the eight major cases decided in 2019 were reversed or altered by the top court, a larger proportion than previous years.

As part of its order, the National Company Law Appellate Tribunal ruled that the appointment of Natarajan Chandrasekaran as chairman of Tata Sons in early 2017 was illegal. It also ordered that Tata Sons be classified again as a publicly held company, giving minority shareholders more autonomy to sell its shares.

It also restrained Tata and his representatives from taking any decision that would require a majority vote on the board of Tata Sons.

"It will be a meaningful victory for Tata only when they get a blanket stay from the apex court on the entire appeals court order," said Ramesh K. Vaidyanathan, founder and managing partner, Advaya Legal, a commercial law firm based in Mumbai. "I would see it as a setback for them if they only manage to secure a stay on Mistry's re-induction."

Ratan Tata, who now runs Tata Trusts that control 66 per cent of Tata Sons, had swelled group revenues manifold in his over two decades as chairman.

"I look forward with excitement to the new decade ahead, which is a great time to be relevant, to stand for causes you believe in, to create something from scratch, make special connections, laugh, and write a little bit of history," Ratan Tata wrote in an Instagram post on December 28, on the occasion of his birthday.