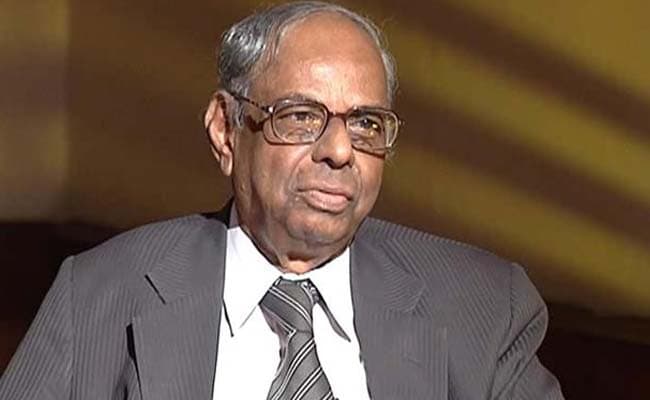 Rangarajan said that growth was the solution to many of the socio-economic problems in the country.

Former RBI Governor and former Andhra Pradesh Governor C Rangarajan on Saturday said raising the investment ratio, putting the banking system back on its rails, employment generation through growth and removing the agrarian distress are five major concerns as the year 2018 comes to an end.

Addressing the 101st Annual Conference of the Indian Economic Association at the Vellore Institute of Technology, he said that growth was the solution to many of the socio-economic problems in the country.

"We need to address the vulnerable sections directly. We must combine the passion for growth with compassion for the poor and vulnerable," said Rangarajan, who is also a former President of the Indian Economic Association.

He said reforms were not an end in themselves and that even growth was not an end in itself. "Growth triggered by reforms should reach all sections of the society and equity and efficiency should not be posed as opposing considerations. They must be weaved together to provide an acceptable pattern of development," he said.

G Viswanathan, Founder and Chancellor of VIT, said if politicians, bureaucracy and people were united the dream of India becoming a developed nation could be realised.

He regretted that financial losses due to corruption has touched Rs.70 lakh crore which was due to tax evasion by corporates and corruption at various levels.

Delegates and experts in the field of economy who took part in the three-day conference should arrive at solutions to ensure growth in agriculture, industry, employment generation and sustainable development, in addition to increasing the per capita income of the people, Viswanathan said.