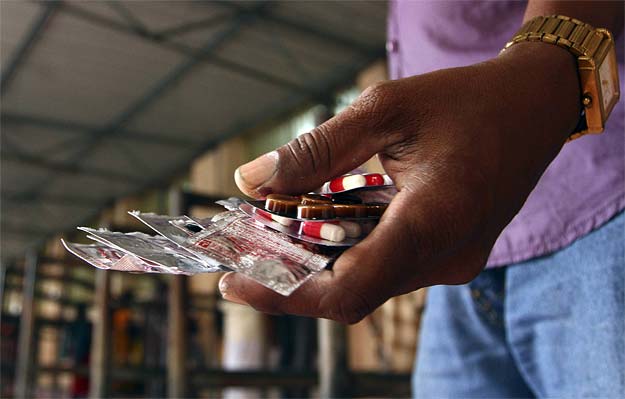 Ranbaxy Laboratories Ltd, India's top drugmaker by sales, said its base business would grow a modest 10 per cent in 2013 after reporting a surprise quarterly loss on product recall charges, sending its shares down more than 4 per cent.

The drugmaker in November voluntarily recalled its cholesterol lowering generic of Lipitor from the US market after it discovered contamination with tiny glass particles in certain lots of 10mg, 20mg and 40mg doses of the drug.

"This is really bad. This raises serious questions about transparency," said Daljeet Kohli, head of research at brokerage IndiaNivesh. "The company has been saying that this recall was voluntary and now it has made a huge provision for costs, which is not a good thing for any company to do."

After the product recall, Ranbaxy's market share of generic Lipitor fell to less than 3 per cent, according to industry estimates. The drugmaker has now resumed supplying the United States.

Ranbaxy launched the first generic version of Pfizer's Lipitor in 2011 and during its first six months on the market the company generated sales of nearly $600 million, according to analysts estimates.

Ranbaxy said consolidated sales fell 28.8 per cent to Rs 2671 crore in the fiscal year fourth quarter ended December. Sales in its key North America market fell to Rs 851 crore in October-December compared to $407 million in the year earlier when the company gained from exclusive rights to sell generic Lipitor in the United States.

The drugmakers however, face intense competition as well as an increase in lawsuits from rival drugmakers and a stricter US regulatory environment.

The shares of Ranbaxy ended trading at Rs 413.70 apiece on the Bombay Stock Exchange (BSE), down 3.66 per cent from its previous close.