Railways may decide on passenger fare hike in October 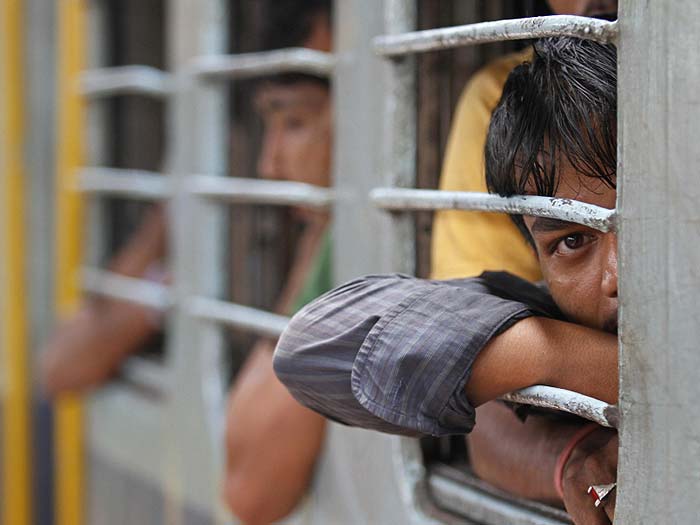 A decision on a possible hike in passenger fares will be taken by the Railways in October, when it will review the fuel adjustment component (FAC) in the wake of rising fuel and energy costs.

While the freight rate will go up by about 5.7 per cent from April 1 due to the linking of the FAC to the freight tariff, the Railways will examine its applicability in its passenger services in October this year.

"There is a policy now and the FAC is linked with energy and fuel prices and calculated accordingly," Railway Board chairman Vinay Mittal said at a conference.

Passenger fares could go up by 2 to 3 per cent if the FAC is linked to the basic fare in passenger services in October.

"The FAC will be reviewed after six months for both freight and passenger fares. Whether the FAC will be reduced or increased, it will be examined in October and a decision will be taken only then," he said, adding, "by that time, the Rail Tariff Authority is also expected to be constituted."

The Rail Tariff Authority, the first of its kind for the Railways, will suggest the level of tariffs for both freight and passenger services from time to time, taking into account input costs and market conditions.

Mr Mittal said currently the RTA is in the inter-ministerial consultation stage and a Cabinet note will be prepared for it shortly.

"The FAC for passenger and freight are calculated separately. While we decided to link the FAC with freight tariff from April 1, we absorbed the increased fuel cost of Rs 800 crore and did not hike passenger fares," he said.

"Since we raised the passenger fare in January we did not consider it again, and the FAC was implemented for freight only," he said.

Asked repeatedly whether or not the FAC will be imposed in October, Mr Mittal, however, said "I am not in a position to say that now because it will be reviewed and then a decision will be
taken."

The FAC, which takes into account both electricity and diesel costs, is about 16 to 17 per cent of the total expenditure. There is a 39 per cent hike in fuel cost and an 8 per cent energy hike till January 2013 from April 2012.

Mr Mittal also said that the Railways is focusing on fiscal discipline by curbing expenditure.