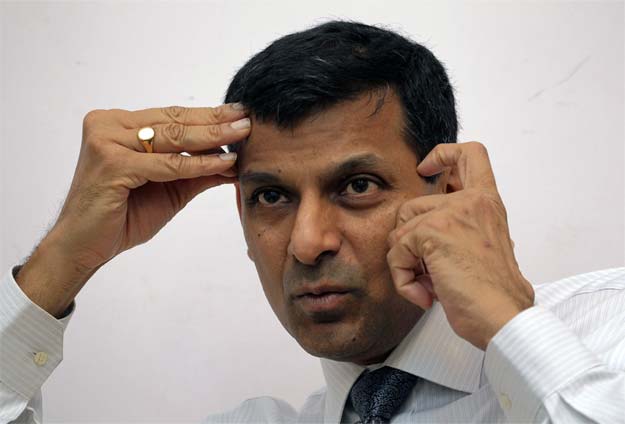 Central bankers were "heroes" for restoring financial stability during the financial crisis, but it was not clear they could be called the same for restoring economic growth, said Mr Rajan, who hiked the repo rate - the rate at which the RBI lends short-term money to banks - by 0.25 per cent to 7.5 per cent in his maiden mid-quarterly monetary policy review last week.

There is a danger of bubbles forming around the globe, due to easy monetary policy implemented to steer the world back into a more robust growth path, he said.

"We seem to be in a situation where we are doomed to inflate bubbles elsewhere," he said, adding he was not sure how effective a tool low interest rates would be.

"We should wonder whether lower and lower interest rates are in fact part of the problem, I say I don't know."

Mr Rajan, a University of Chicago professor before becoming the Governor of the RBI, where he took office earlier this month, was attending an event to receive the Deutsche Bank Prize in financial economics.

In general, central bank stimulus risks letting governments off the hook, he said, warning against central bankers seeing themselves as the ones who can solve all economic problems.

While admitting that he did not have the answer, he pushed for more thinking on whether fiscal policy might work better than interest rates to get growth back to a sustainable path.

"It (interest rate tool) is very, very blunt ... targeted fiscal policy may be better," he said, but added that getting right fiscal policies in place could be difficult.

Turning to cross-border capital flows, he said that especially emerging markets were often the losers as flows turned around very quickly.

"We need to solve this problem (of capital flows) and we need to take a more practical view of this," Mr Rajan said, without going into details.

Mr Rajan, who has also worked for the International Monetary Fund, surprised markets in his maiden policy review last week by raising interest rates to ward off rising inflation, while scaling back some of the emergency measures recently put in place to support the ailing rupee.