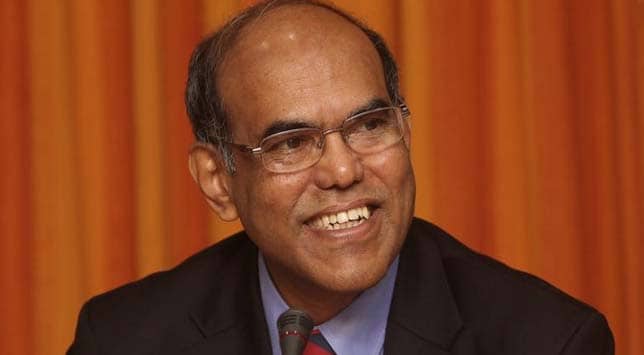 We hope government will deliver on fiscal deficit target: Subbarao

A day after he surprised the markets with a 50 basis point cut in the repo rate, Duvvuri Subbarao, governor of the Reserve Bank of India, spoke extensively to NDTV Profit about the thinking behind the rate cut, and what to expect going forward. He also made a strong case for the government to step up and play its part in containing the fiscal deficit and improve supply side management to boost growth.

Read the full interview, and watch the video here.

It was the top Nifty gainer on Wednesday. The stock rose over six per cent in early trade on the back of strong earnings in the third quarter ending March 2012. Sharp gains in the stock lifted sentiments across other IT stocks. Here are five reasons why markets are rewarding HCL Tech. (Read More)

Even before the start of the holiday season, all airlines have increased their fares on many busy air routes by 10-25 per cent over the past few days. One reason for the high fares is that airlines, including no-frill carriers, are cashing in on the severely-curtailed services of Kingfisher Airlines.

On the busiest Delhi-Mumbai route -- on which last- minute return economy airfares averaged about Rs 9,000-10,000 in February when Kingfisher was carrying out large-scale cancellations, now range between a low of Rs 11,300 and a high of Rs 22,800. (Read More)

State-run retailer Indian Oil Corporation has said its ability to import oil will be hurt if there is no price hike in auto fuel. “We have made a suggestion of the government on prices,” said RS Butola, chairman and managing director of IOC. “If price rise is delayed our import ability will come down.”

“It will be better to pass on the increases in small sums as and when they are needed,” he said. (Read More)

Private sector lender HDFC Bank has reported a 30 per cent rise in net profit in the fourth quarter ending March 2012. Profits rose on the back of a surge in credit demand and lower provisions for loan losses amid an improvement in the sector outlook on hopes of cuts in lending rates. Net interest income rose over 19 per cent to Rs 3,388.31 crore against Rs 2,839.47 crore (year-on-year).

It reported steady asset quality, with the ratio of net non-performing assets to net advances at 0.2 percent as of end-March, unchanged from a year ago period. Provisions for loan losses dropped by a third to Rs 298 crore. (Read More)

Indian retail prices, as measured by the consumer price index, rose 9.47 per cent in the year to March, faster than the previous month's reading of 8.83 per cent, government data showed on Wednesday. The consumer price-based food inflation accelerated to 8.22 per cent in March from 6.62 per cent in February. (Read More)

Retail price pressures could build up in coming months as the country is yet to pass on a rise in global crude oil prices to consumers.

Budget carrier SpiceJet said it has received government approval for directly importing jet fuel, a development that will enable it to lower costs. It is the first airline in the country to have received the Director General of Foreign Trade (DGFT) nod for the direct import of aviation turbine fuel, the company said in a statement. (Read More)

Reliance Industries Ltd has asked the Supreme Court to appoint an arbitrator in its ongoing dispute with the government over cost recovery at its offshore D6 gas field, a company spokesman said on Wednesday. The petition has been filed by RIL and Canadian firm Niko, which is RIL’s partner in the Krishna-Godavari basin. Noted attorney Harish Salve will represent RIL in the Supreme Court. (Read More)

Emirates airline may look at investing in India carrier

Dubai-based Emirates airline has indicated that it may look at investing in an Indian carrier, as India’s government is mulling to allow foreign airlines to buy stakes in domestic carriers.

“The airline is open to looking at anything that helps its business and is at the right price,” said Chairman and CEO of Emirates airline Shaikh Ahmad bin Saeed Al Maktoum. He said, however, nothing is happening for the moment.  (Read More)

Maruti’s new launch, multi-purpose vehicle Ertiga, has received a strong response with over 200 bookings in the first three days, according to a Standard Chartered report. With waiting periods as long as five months, the Ertiga will be a key volume driver for Maruti in fiscal 2012-13, the report added, based on dealer and customer feedback. It has also reiterated its ‘Outperform’ rating for the auto major.

Also on Wednesday, Skoda launched the Superb Ambition, priced at Rs 18 lakh in the sedan segment. It will be available in both petrol and diesel variants. (Read more)

Billionaire Warren Buffett said Tuesday he has been diagnosed with early-stage prostate cancer, but he tried to reassure his company's shareholders that the condition is "not remotely life-threatening." The 81-year-old chairman and CEO of Berkshire Hathaway Inc. said in a letter to shareholders that the two-month radiation treatment he and his doctors plan to start in mid-July will restrict his travel but shouldn't otherwise affect his routine. (Read More)