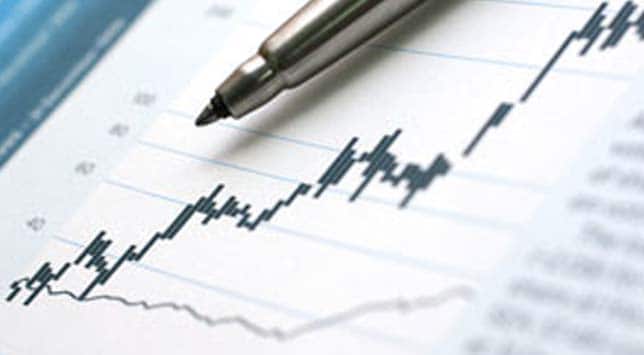 If you missed our coverage today, here are the top ten stories.

Indian benchmarks closed lower for the third straight day. The Sensex declined 0.86 per cent while the broader Nifty index ended 0.96 per cent lower. This was the first weekly loss for the Indian markets in 2012 with the BSE Sensex index down 2 per cent while the NSE Nifty benchmark fell 2.4 per cent. (Read More)

Shares of Ranbaxy, India's biggest Pharma Company by sales, traded 2.6 per cent lower on account of higher loss from Lipitor provisioning, despite its earnings meeting analysts’ expectations in the fourth quarter. (Read More)

Shares of Housing Development Finance Corporation Ltd. (HDFC) traded 4.6 per cent lower at Rs 668.95 on the National Stock Exchange in intraday trade on Friday. It ended 3.55 per cent lower on the NSE. (Read More)

Selling pressure was witnessed in the counter on the back of a block deal by Citigroup, which has sold 145.3 million shares in HDFC, representing the entirety of its 9.85% interest, for Rs 657.56 per share. (Read More)

3)    No external pressure to save Kingfisher: SBI

State Bank of India, the single largest PSB lender to debt-laden Kingfisher Airlines, said on Friday that there was no external pressure to save any company. Diwakar Gupta, chief financial officer, SBI, told NDTV Profit in an interview that converting debt into equity of Kingfisher Airlines was not a favoured route. (Read More)

Shares of DB Realty extended losses for the third day. The stock has fallen 19 per cent in the last three sessions. Today, it traded 7 per cent lower at Rs 78 on the Bombay Stock Exchange. The counter has witnessed sustained selling pressure after its partner in the telecom joint venture Etisalat said it would shut down the operations in India. (Read More)

Amid demand for softening of monetary policy to promote growth, the Planning Commission panel on Friday said any move by Reserve Bank to lower interest rate will mainly depend on the government's ability to contain fiscal deficit, which is expected to be 5.6 per cent. "Interest rate is going to be determined predominately by what happens to the fiscal deficit," Planning Commission Deputy Chairman Montek Singh Ahluwalia said. (Read More)

A unit of Proview International Holdings Ltd, which is already suing Apple in multiple Chinese jurisdictions, has filed a lawsuit in Santa Clara County in US. It wants the sales of iPads to be suspended in China. It further accuses Apple of employing deception when it bought the trademark. (Read More)

Meanwhile, Apple's CEO Tim Cook hinted that the company is mulling over selling a part of its cash stockpiles. (Read More)

Refusing to be labeled as an enemy of the social media, telecom minister Kapil Sibal has called for the Internet to be governed by regulations similar to the print and the electronic media. (Read More)

Indian companies facing redemption of foreign currency convertible bonds or FCCBs in 2012 are likely to struggle meeting investor expectations. As many as 20 per cent of $ 7bn outstanding FCCBs issued are likely to see a default, rating agency FITCH says in a new report. (Read More)

Attributing rising oil prices to growing demand in countries like China, India and Brazil, President Obama has accused his Republican rivals of using the pain at the pump to score political points. (Read More)

More than 200 poor, debt-ridden residents of Andhra Pradesh killed themselves in late 2010, according to media reports compiled by the government of the south Indian state. The state blamed microfinance companies — which give small loans intended to lift up the very poor — for fueling a frenzy of over indebtedness and then pressuring borrowers so relentlessly that some took their own lives. Internal documents show that top SKS officials had information implicating company employees in some of the suicides. (Read More)