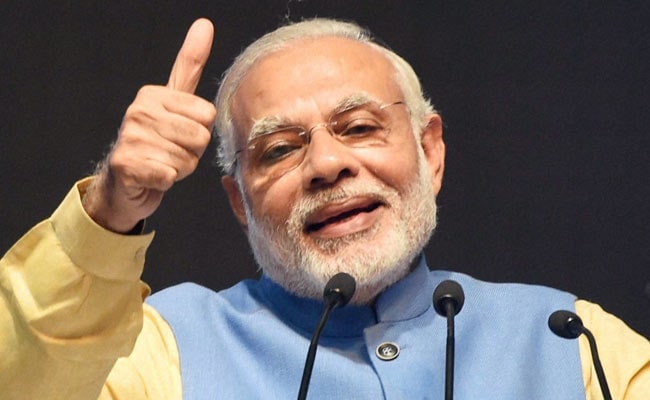 PM Modi has increased infrastructure spending since coming to power in 2014.

The vast state rail operator is undergoing a $130 billion, five-year overhaul to modernise the world's fourth-largest network, which is blighted by ageing track and saturated capacity.

The government has also launched a $15 billion fund to improve rail safety. Train accidents due to track defects have risen 25 percent in the last two years, the railway ministry told parliament last week.

The rails shortfall has slowed Prime Minister Narendra Modi's plans to revamp the network, and highlights how his infrastructure investment drive is forcing government units to get tough on suppliers.

In the current fiscal year, SAIL is set to fall around 250,000 tonnes of rails short of its 850,000 tonne target, according to the company's data - its eighth shortfall in 10 years, and its biggest.

SAIL executives said a sudden jump in demand for steel - up 45 percent since 2015 - to replace old tracks and lay new ones meant it was struggling to meet production targets.

Losing even a small part of its sales to the railways - its top customer - would be a blow to SAIL, which has lost money in seven straight quarters.

"SAIL's performance has been very poor and given that we have a MoU (Memorandum of Understanding), any failure will not be appreciated," a government official said, quoting from a Jan 11 letter from the railways to the steel ministry that oversees SAIL, threatening to sever a deal to buy rails almost exclusively from the company.

Two other government officials confirmed the railways' threat. All three officials declined to be identified because of the sensitivity of the matter.

The biggest likely winner from opening up to private suppliers is Jindal Steel and Power Ltd, which has already exported rails to Iran and has tried for years to muscle in on SAIL's business.

Jindal Steel wrote to Indian Railways on March 6, offering to step in, according to a letter reviewed by Reuters. A spokesman for Jindal Steel said the firm was keen to help the railways with steel for its modernisation.

The railways are already looking at bringing in alternative suppliers gradually by issuing new tenders for rails.

Promoted
Listen to the latest songs, only on JioSaavn.com
"Even after giving sufficient time to SAIL if the shortfall continues, the ministry of railways may explore the possibility of outsourcing some supplies," Indian Railways spokesman Anil Kumar Saxena said.

PM Modi has made increased infrastructure spending a key part of his economic plans since coming to power in 2014. State expenditure on roads and rails is at a record high.
© Thomson Reuters 2017