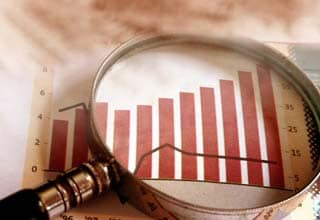 During their meeting with Singh, the industrialists highlighted the problems like acute fuel shortages, pricing issues related to imported coal for power projects, delay in environment and forest clearances, funding problems, worsening health of power distribution companies and a proposal to slap duty on imported power equipment.

After hearing them out, the Prime Minister assured the industrialists that a "practical, pragmatic and viable solution" will be found to the plethora of problems facing the power generation and distribution sector.

He said a Committee of Secretaries, headed by Principal Secretary to the Prime Minister Pulok Chatterji, would be set up immediately to look into the problems faced by the power sector, an official statement said.

The committee would chalk out 30-day, 60-day and 90-day plans to resolve the issues. The power sector leaders would meet with the Prime Minister after a period of 90 days to review the progress, sources said.

Secretaries from the Ministries of Power, Petroleum, Coal, Environment and Finance would be a part of the panel, sources said.

When the industrialists complained about shortage of coal supplies, the Prime Minister is understood to have asked Jaiswal why it was happening and that it should be looked into.

The delegation met the Prime Minister under the aegis of the Association of Power Producers (APP).

According to sources, the industry leaders also pressed for the need to have a nodal point when it comes to various clearances for power projects.

"The meeting with the Prime Minister was very positive. The Prime Minister has assured us of chalking out a road map to resolve the issues faced by the power sector," Association of Power Producers (APP) Director General Ashok Khurana told PTI.

Khurana was also part of the delegation. APP members account for over 95 per cent of power capacity in the private sector.

On the delay in environmental clearances, Environment and Forest Minister Jayanti Natarajan said the government's policy in sanctioning environment clearances will be "transparent, consistent and there will be complete clarity".

Jindal Power Chairman Naveen Jindal said that various issues including shortage of coal for power plants and ways to address them were discussed during the meeting.

"Finance Minister has assured that he would look into the suggestions (made by the power producers). There is no magical solution. It (solutions) will take its own time," Jindal said after the meeting.

Speaking to reporters, Department of Economic Affairs (DEA) Secretary R Gopalan said the issues raised by the power producers would be looked into.

"We will look into the issues (raised by the power producers). These issues will be discussed and debated," he said.