In entire 2021 India had imported 10.59 tonnes of platinum, according to data compiled by Ministry of Commerce and Industry. 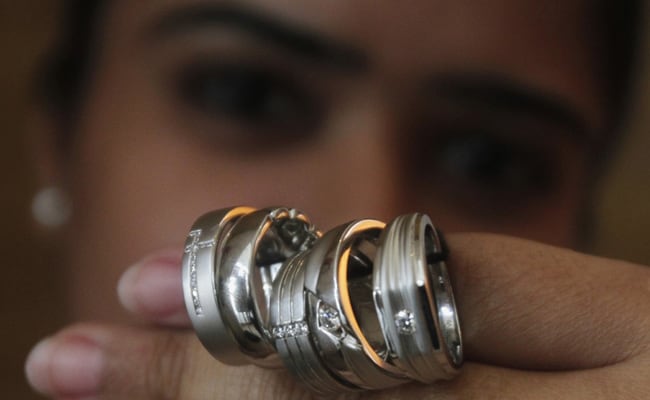 In July the tax on platinum imports unchanged at 10.75 %.

The platinum imports in September jumped multifold to a record high as refiners imported a large amount of gold containing small amounts of platinum but registered the purchases with customs as platinum alloy to avoid paying higher duties, government and industry officials told Reuters.

Such masking was possible due to what a tax official said was a loophole created by a change in policy in July whereby differential import duties were levied on gold, silver and platinum, distinct from previous policy of having the same taxes for all the three precious metals.

In July New Delhi raised import duty on gold to 15% but kept the tax on platinum imports unchanged at 10.75 %.

"The duty change allowed importers to explore loophole in the system. They initially in August imported small quantity with 3% platinum and got cleared from Delhi customs as platinum alloy," said a senior industry official, who declined to be named.

As their imports were cleared, they brought in more gold as platinum and soon other refiners and trade houses joined them, which lifted India's platinum imports to around 27 tonnes in September from 1.14 tonnes a year ago, trade and government sources said.

In entire 2021 India had imported 10.59 tonnes of platinum, according to data compiled by Ministry of Commerce and Industry.

A Mumbai-based bullion dealer said refiners were taking advantage of government rule that says, "An alloy containing 2% or more, by weight, of platinum is to be treated as an alloy of platinum."

"The rule was framed when platinum prices were higher than gold. In recent years platinum prices crashed. But still traders couldn't use the rule as the import duty on both the commodities was same. After July's duty hike, refiners started using this loophole," the dealer said.

Dubai-based gold refiners were mixing 2% to 5% platinum in to gold bars exclusively for Indian buyers, said Dubai-based bullion dealer, who declined to be named.

The government should promptly raise the import duty on platinum to 15% to stop this practice of importing gold under guise of platinum, said Surendra Mehta, secretary at the India Bullion and Jewellers Association (IBJA).

India is the world's second biggest consumer of gold and relies on the imports to fulfil most of its requirement.

"Traders are paying 4.25% lower duty for gold imports classified as platinum. This is giving them an advantage to offer discounts over rival suppliers," said Chanda Venkatesh, managing director of CapsGold, a Hyderabad-based bullion merchant.

China's Great Reopening May Be Too Late Already For Many Businesses