In just about two weeks, at least four brokerages have raised their price targets on the shares of Divi's Laboratories -- one of the top producers of active pharmaceutical ingredients 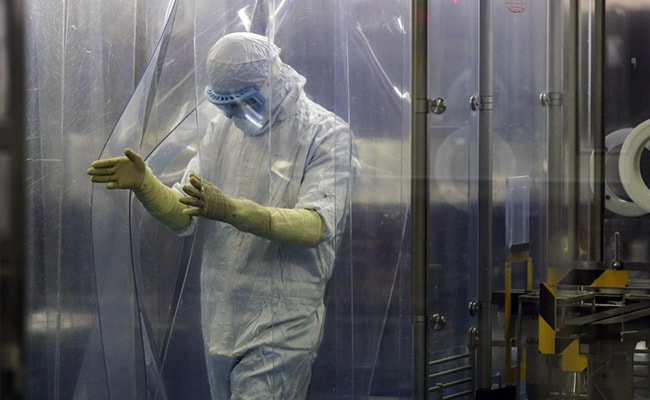 Some analysts are turning even more bullish on India's best-performing large-cap stock in 2020. In just about two weeks, at least four brokerages have raised their price targets on the shares of Divi's Laboratories -- one of the top producers of active pharmaceutical ingredients -- with Jefferies India Pvt.'s estimate of an almost 20 per cent gain over the next 12 months being the most bullish in data compiled by Bloomberg.

The optimism is stemming from the company's capacity-expansion plans and potential to win more business as India cuts its reliance on Chinese suppliers.

"Capital discipline has been one of the hallmarks of this company," said Siddhant Khandekar, an analyst at ICICIdirect.com. "Divi's is known for optimum utilization of capital. There must be tangible orders on hand and that is why they are spending."

The company's second-quarter earnings topped estimates in early November. Divi's has started building a production facility near Kakinada in India's Andhra Pradesh state, it said in an exchange filing the following month.

Overall in absolute terms, analysts' average 12-month target price for Divi's stock has risen about Rs 134 in the past four weeks, the biggest increase among 10 companies on the MSCI India Health Care Index. The stock currently has 17 buy ratings, two holds and three sell recommendations, data compiled by Bloomberg show.

"The stock could carry its momentum into this year," said Tushar Manudhane, an analyst at Motilal Oswal Financial Services Ltd. in Mumbai. "They have a good track record of using new capacity efficiently."

Still, potential advance in the share price over the next 12 months is capped at about 20 per cent, based on even the most bullish analyst's estimate. That's tiny compared to the stock's 108 per cent surge in 2020, which marked a fourth straight year of gains.

One reason for that is valuation. Divi's stock is now trading at almost 45 times its 12-month forward earnings, versus a five-year average multiple of 26.6, data compiled by Bloomberg show.

Further, one risk that could resurface this year for Indian pharmaceutical companies overall is regulatory scrutiny. They were largely spared inspections by the U.S. Food and Drug Administration in 2020, thanks to the pandemic.

That said, even as vaccine rollouts are prompting a rotation away from pandemic winners into beaten-down sectors, analysts see some trends working in Divi's favor in the long run.

"Divi's, although expensive, continues to benefit from tailwinds favoring Indian companies in API manufacturing," Abhishek Sharma, an analyst at Jefferies in Mumbai, wrote in a note dated January 5.

Indian API exporters have been increasing their share of the U.S. market at the expense of Europe and China-based rivals, he wrote. Divi's got almost 90 per cent of its revenue from exports in the fiscal year ended March 2020.