State-run oil marketing companies cut petrol and diesel prices on Sunday, marking a fourth straight day of reduction in the fuel rates. With effect from 6 am on Sunday, the price of petrol was at Rs. 69.93 per litre in Delhi, Rs. 72.19 per litre in Kolkata, Rs. 75.63 per litre in Mumbai and Rs. 72.64 per litre in Chennai, according to notifications from Indian Oil Corporation (IOC). Petrol prices were cut by 6 paise per litre in the four metros compared to the previous day's rates, data from Indian Oil showed. 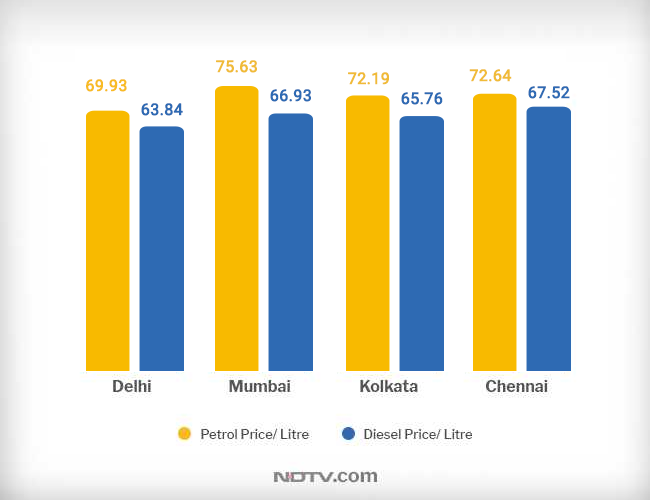 State-run oil marketing companies, such as Indian Oil Corporation, review the domestic fuel prices on a daily basis and any revisions are implemented at the fuel stations with effect from 6 am.

The domestic fuel prices are determined broadly by the global crude oil and rupee-dollar forex rates.

Globally, oil rose about 1 per cent on Friday after attacks on two oil tankers in the Gulf of Oman this week raised concerns about potential supply disruptions, but prices remained on track for a weekly loss on fears that trade disputes will dent global oil demand, reported news agency Reuters.