Petrol, diesel prices today: The drop in rupee value and the rise in crude oil rates are mainly responsible for the rise in fuel prices. 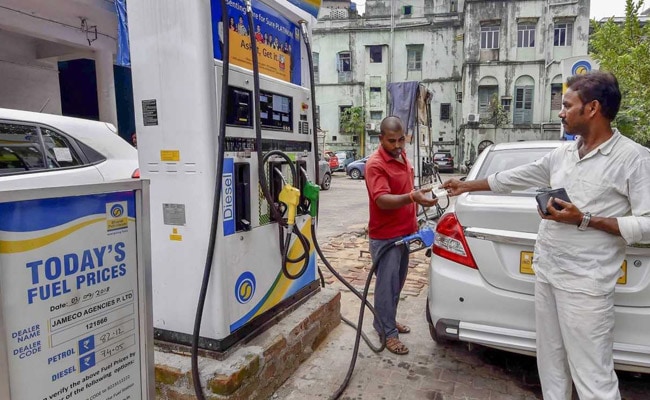 Meanwhile, Andhra Pradesh Chief Minister N Chandrababu Naidu announced a cut of Rs 2 per litre on fuel prices, effective from Tuesday. So from Tuesday, every litre of petrol and diesel will be sold at a price lower by Rs 2 in the state. That will cost the exchequer up to Rs 1,120 crore, it is estimated.

"The common man is reeling under the impact of growing prices and I appeal to the Centre to reduce the prices," Mr Naidu said in the state assembly.

Rajasthan Chief Minister Vasundhara Raje announced a four-per cent reduction in value-added tax (VAT) on petrol and diesel on Sunday, which will reduce prices by Rs 2.5 per litre in the state. VAT on petrol will be reduced from 30 to 26 per cent and on diesel from 22 to 18 per cent, stated the PTI report.

Except for a halt on September 5, fuel prices have been hiked almost daily across India over the past few weeks. The drop in rupee value and the rise in crude oil rates are mainly responsible for the rise in fuel prices, reported news agency IANS.

A recent report  by news agency Press Trust of India (PTI) quoted a top government official as saying that the government will not cut excise duty on petrol and diesel to cushion spiralling prices, as it has limited fiscal space available to take any dent in revenue collections.

In global markets, oil prices rose on Monday as US drilling for new production stalled and as the market eyed tighter conditions once Washington's sanctions against Iran's crude exports kick in from November, reported news agency Reuters. (With agencies inputs)