Petrol and Diesel Price Today in India: Petrol and diesel prices remained unchanged across the four metros on Sunday, September 12, 2021. 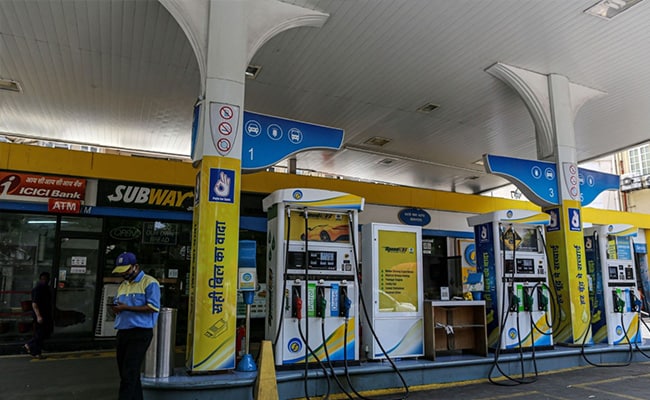 Petrol, Diesel Price Today: Petrol and diesel prices remained unchanged across the four metros on Sunday, September 12, 2021. In the national capital, petrol prices were unchanged at Rs 101.19 per litre and diesel rates were constant at Rs 88.62 per litre, according to Indian Oil Corporation. In Mumbai, petrol is currently priced at Rs 107.26 per litre and diesel rates stand at Rs 96.19 per litre.
(Also Read: How To Check Latest Petrol And Diesel Rates In Your City).

Among the four metro cities, fuel are the highest in Mumbai, according to the state-run oil refiner. Fuel rates vary across the states due to value-added tax (VAT).

State-run oil refiners such as Indian Oil, Bharat Petroleum, and Hindustan Petroleum review the fuel rates on a daily basis, by taking into account the crude oil prices in international markets and the rupee-dollar exchange rates. Any changes in petrol, diesel prices are implemented with effect from 6 am every day.