Paytm To Start Payments Bank Operations From May 23

Payments banks can accept deposits from individuals and small businesses up to Rs 1 lakh per account. 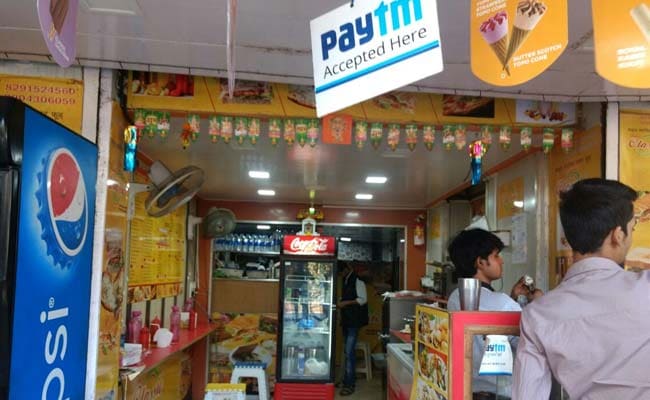 New Delhi: After months of delay, Paytm is now all set to commence its payments bank operations from May 23, having received the final approval from the Reserve Bank of India (RBI).

"...Paytm Payments Bank Ltd (PPBL) has received the final licence from the RBI and would commence its operations on May 23, 2017," it said in a public notice.

The company will transfer its wallet business, which has over 218 million mobile wallet users, to the newly incorporated entity -- PPBL -- under the payments bank licence awarded to a resident Indian, Vijay Shekhar Sharma, the founder of One97 Communications that owns Paytm.

After May 23, the Paytm wallet will move to PPBL. In case consumers do not wish for that, they have to inform Paytm, which will in turn transfer the wallet balance to the consumer's bank account once such details are shared. Such communication will have to be made before May 23.

In case the wallet has been inactive with no activity in the last six months, the transfer to PPBL will only happen once the consumer gives specific consent.

Payments banks can accept deposits from individuals and small businesses up to Rs 1 lakh per account.

Paytm was earlier slated to begin operations around Diwali last year. In 2015, the RBI had awarded in-principle approval to Sharma to set up a payments bank along with 10 others.

With the objective of deepening financial inclusion, RBI kicked off an era of differentiated banking by allowing SFBs (small finance banks) and PBs (payments banks) to start services. A total of 21 entities were given in-principle nod last year, including 11 for payments banks.

Currently, Airtel and India Post are the only players that have started Payments Bank operations. Aditya Birla Idea Payments Bank is expected to launch services in the first half of this year.

Sharma will hold the majority share in Paytm Payments Bank, with the rest being held by Alibaba-backed One97 Communications. However, the Chinese entity will not have a direct shareholding in the payments bank.

Promoted
Listen to the latest songs, only on JioSaavn.com
Post the government's announcement of scrapping old Rs 500 and Rs 1,000 notes in November last year, Paytm has emerged as one of the main gainers as a huge number of people move towards digital currency. Wallet companies like Paytm and Mobikwik have registered spike in user base as well as the number of transactions.