Paytm's parent company, One 97 Communications Ltd, on Wednesday issued a clarification on shutting down its Canada B2C (business-to-consumer) app. 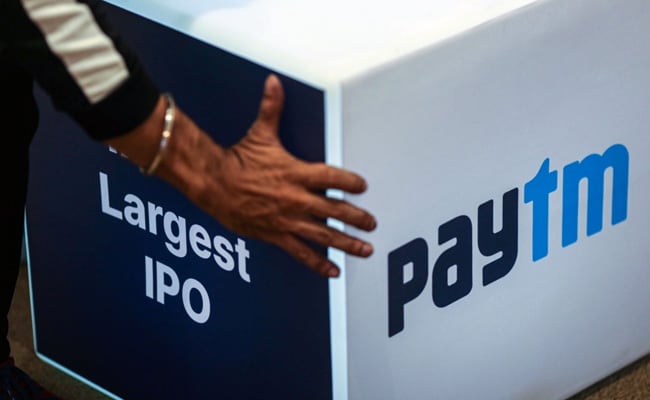 Paytm stock has plunged almost 54 per cent from its issue price of Rs 2,150.

New Delhi: Paytm's parent company, One 97 Communications Ltd, on Wednesday issued a clarification on shutting down its Canada B2C (business-to-consumer) app. The digital payments firm, in a notification to the exchanges, said, "Paytm Canada consumer app is not material to the overall business of the company, contributing less than 0.1 per cent of the revenue (for the last fiscal year ended March 31, 2021."

It also stated that the move "has no impact on Canada-based Paytm Labs (including its R&D -- research and development -- and technical support business) or the company's overall business and revenue."

Last week, the company had decided to shut down its Canada app starting March 14.

"In order to focus all our resources on the massive India opportunity, and given the immateriality of the Canada app, we have decided to sunset the Canada B2C app only," Paytm had said.

Paytm had launched its Canada division, called Paytm Labs Inc, as an R&D division, back in 2014.

Jet Fuel Prices Hiked To A Record High On Saturday