Existing investors including SoftBank Vision, Sequoia Capital, Lightspeed Venture have put in $800 million, with commitments for another $200 million. 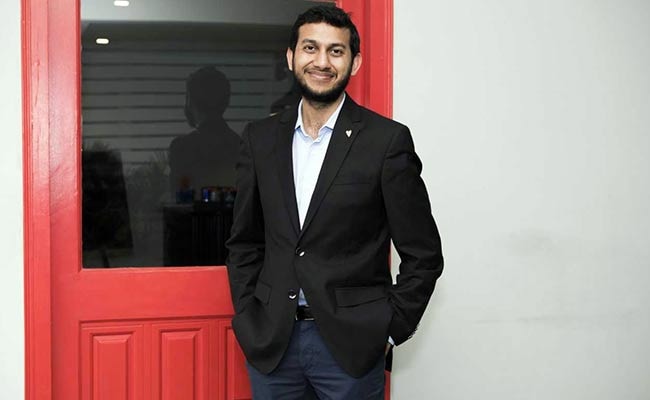 Oyo Hotels, a startup for booking reliable rooms in the country's chaotic lodging market, is raising $1 billion to fund expansion into China and other global regions.

Existing investors including SoftBank Vision Fund, Sequoia Capital and Lightspeed Venture Partners have put in $800 million, with commitments for another $200 million, the company said on Tuesday.
About $600 million of the total will be plowed into China where Oyo began operations only 10 months ago. The funding values the startup at $5 billion, according to a person familiar with the matter who asked not to be identified because the matter is private.

Ritesh Agarwal, a 24-year-old college dropout, founded Oyo five years after traveling around India on a shoestring budget. He discovered wildly unpredictable standards for hotels and guest houses, and decided to start an online service to bring more reliability to the travel experience. In the past two years, Oyo has expanded beyond India into China, Malaysia, Nepal and Britain.

"With this additional funding, we plan to rapidly scale our business in these countries, while continuing to invest further in technology and talent," Agarwal said in the statement. "We will also deploy fresh capital to take our unique model that enables small hotel owners to create quality living spaces, global."

His startup, whose official name is Oravel Stays Pvt, signs on hotel owners and then gets them to upgrade everything from linen, toiletries and bathroom fittings to its specifications. It also equips hotels with staff training and standardized supplies.

It then brings them on board its hotel website, where rooms start at $25 per night. Hotel owners pay Oyo a 25 per cent commission.

"Budget travelers are consistently shortchanged by the lack of trust, quality, and consistency," said Bejul Somaia, managing director of Lightspeed India, explaining that Oyo can change that dynamic.

At a $5 billion valuation, Oyo would be India's most-valuable startup after One97 Communications, the parent of digital payments pioneer Paytm. Flipkart Online Services Pvt had been the most valuable startup in the country, but the online retailer has been acquired by US retail giant Walmart Inc. earlier this year.

The domestic hotel industry includes large chains with dependable hospitality experiences at the mid to top end. But the business also includes thousands of unbranded, ramshackle hotels and lodges with broken beds, yellowing linen and stinking bathrooms. Oyo is trying to make hotels easier to find through its site and more predictable as well.

Its criteria are exacting -- from the thickness of the mattress to the placement of the light switches to the size of the showerhead in the bathroom. Agarwal has said that he wants the Oyo brand to convey a superior experience.

Oyo began with one hotel in Gurgaon and has grown to 1,25,000 rooms in India, where it says it's tripling year-over-year in terms of transactions. In China, where it began operations last November, it has expanded to 171 cities with 87,000 rooms. It is now in over 350 cities with 2,11,000 rooms.

The Flipkart acquisition was seen as an example of the country's growing success in building valuable startups. Walmart acquired 77 per cent of the business for $16 billion as the US retailer seeks to compete with Amazon.com Inc. in the country.