Outflow to Rise as Arab Sovereign Wealth Funds May Pull Out: Credit Suisse 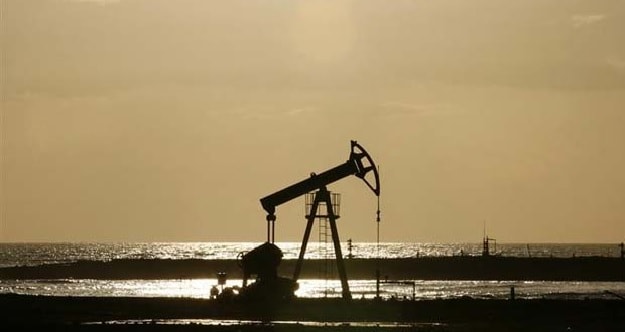 Mumbai: The sharp fall in crude prices, now at an 11-year low, is leading to withdrawal symptoms among sovereign wealth funds in the Arab world, which may hasten foreign capital outflows from the domestic market, Swiss brokerage Credit Suisse said on Tuesday.

"At these oil prices, the West Asian economies are struggling to manage their budgets. Every 2-3 months, they put in redemption requests to some of the largest funds and then they are forced to sell. That selling pressure is hitting us," managing director Neelkanth Mishra told reporters here.

The redemptions may not be immediate after every fall in crude prices and each sovereign wealth fund will take a call based on the budgetary pressures a particular country faces, he further said.

According to Mr Mishra, such an eventuality will be bad for the domestic market, which has seen record pullouts by foreign investors in the past three months.

Stating that the outflows over the last three quarters have been worse than those in the wake of the 2008 global financial crisis, Mr Mishra said, "My fear is the outflows will continue if not accelerate from the current level."

Foreign funds have withdrawn over Rs 30,000 crore from the domestic market this fiscal year.

He felt that large-cap stocks will bear the brunt as foreign investors tend to pump much of their investment into such companies.

It can be noted that global crude oil prices have been on a downward trajectory as the world adopts newer alternatives, including shale gas and other renewables, and become more conscious of carbon emissions.

Oil is now trading at around $35 a barrel now, which brings cheer to oil net importers like India, which meets over 80 per cent of its oil needs from imports.

Meanwhile, amid concerns on the impact of the Seventh Pay Commission, Mr Mishra took a contrarian line, saying it presents a huge opportunity as consumption will get a leg up.

Rather than the recommended 23.55 per cent hike, the government may go in for a 27 per cent hike in wages for its employees, he said, adding the past increases have been higher than current recommendations.

The total impact for the Union and the state governments from the new wage bills will be Rs 4.5 lakh crore, but on a net basis, after deducting the money which it will collect through direct and indirect taxes, the impact will only be Rs 2.8 lakh crore.

Of this Rs 2.8 lakh crore, a bulk Rs 1.8 lakh crore will have to be borne by state governments, Mr Mishra said, adding that the states have the fiscal space to absorb the impact.

Additionally, the money it receives from the Centre as part of the 14th Finance Commission recommendations will also help, Mr Mishra added.

He is "underweight" on the banking and financial sector as the quantum of stressed assets is under-reported. Mr Mishra, however, said as the capex cycle comes back, there will be a spurt in credit growth and banks can see a surge of up to 13 per cent in advances as against the 8-9 per cent at present.