This Stock Has Surged 7,700% In Seven Months; How Will The Rally Pan Out?

Orchid Pharma: New owners have to divest part of their stake of about 98 per cent in the firm, which re-listed in Mumbai in early November after emerging from bankruptcy 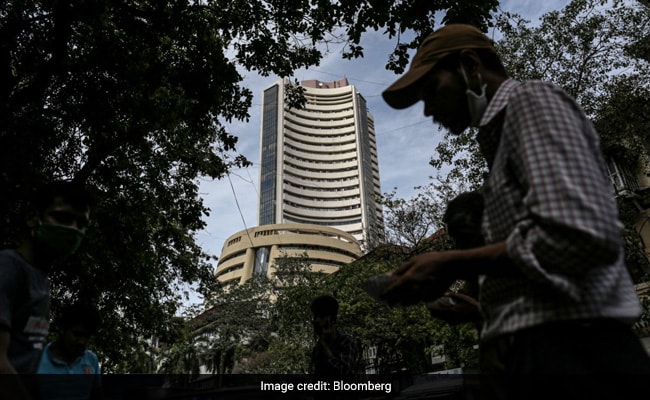 A shortage of shares has helped drive a surge of almost 7,700 per cent in Orchid Pharma over the past seven months. And now it looks poised to end. New owners have to divest part of their stake of about 98 per cent in the firm, which re-listed in Mumbai in early November after emerging from bankruptcy. That's to comply with an Indian regulation that requires the new owners -- in this case Dhanuka Laboratories -- to boost the minimum public float to 10 per cent over the next few months.

Orchid is among a handful of Indian companies to post meteoric gains after exiting bankruptcy proceedings. Such rallies could pose considerable risks for investors as those firms typically don't have good fundamentals, according to some market watchers. 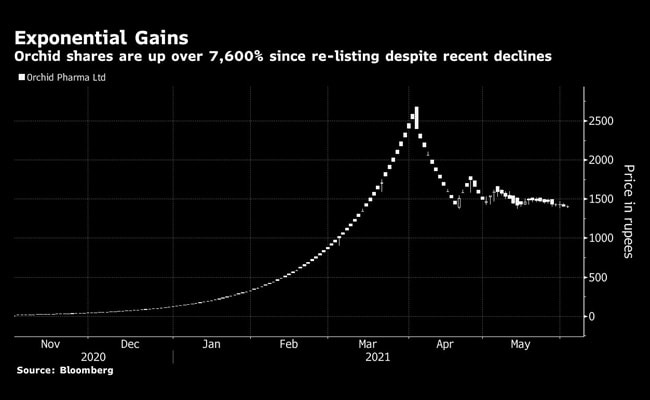 In a bid to limit such occurrences in future, India's securities regulator in December decided, among other measures, to reduce to 12 months the period such firms have to meet the minimum free-float requirement, down from 18 months earlier.

"It's not really investment, I call it fun and excitement," said Ajay Srivastava, managing director of New Delhi-based consultancy Dimensions Consulting. While trading such stocks is an "adrenaline rush," the share sale by founders will force the valuation to likely become more realistic, especially since the pandemic has brought new value to legitimate drug makers, he said.

Dhanuka won the Orchid stake after a three-year legal tussle. Creditors got 1 per cent in the restructuring, with another 1 per cent going to existing shareholders. Apart from working to boost the public holding, Orchid's board is also evaluating a proposal to merge the unlisted Dhanuka Laboratories with the company, according to an earnings statement released on May 22.

With about 99 per cent locked in with founders and lenders, barely about 2,000 Orchid shares have been traded on an average per day. But those precious few had, until recently, always found willing investors -- with the stock rising by the daily limit about 100 times since November. As time runs out before the divestment, though, it has fallen sharply from an April peak.

A similar share-price trajectory has been seen for companies such as Ruchi Soya Industries, Bafna Pharmaceuticals and Alok Industries, which resolved bankruptcies and were taken over by new investors.

Orchid Pharma gets a majority of its revenue from active pharmaceutical ingredients used in manufacturing of anti-bacterial drugs. It was forced into bankruptcy court in 2017 by Lakshmi Vilas Bank as the company failed to pay back a loan of about Rs 500 million.

The Chennai-based pharmaceutical company reported a preliminary net loss for the year ended March 2021, data compiled by Bloomberg show. It didn't respond to multiple requests for comment by phone.

"Investing in a stock such as Orchid is no less than trying luck in a casino," Chokkalingam G., managing director of Mumbai-based Equinomics Research & Advisory said in a phone interview. "There is neither value in such stocks, nor do they have fundamentals."