Viral Acharya's departure as a deputy governor of the Reserve Bank of India is worrisome, though not altogether surprising.

Last October, Mr Acharya delivered a hard-hitting speech on central bank independence. While that ostensibly dealt with Argentina in 2010, the thinly veiled similarity with Delhi's plan to raid the Reserve Bank of India's balance sheet didn't fool anyone, least of all an embarrassed and angry government.

A standoff over the government's intentions was temporarily resolved by pushing to a panel of experts the question of whether the RBI had excess capital and could return some of it to the finance ministry. That didn't prevent the central bank from losing autonomy in other ways. Governor Urjit Patel abruptly left in December, and was replaced by a former civil servant. The scope for dissent on the RBI's six-member monetary policy committee, of which Mr Acharya was a member, shrank. 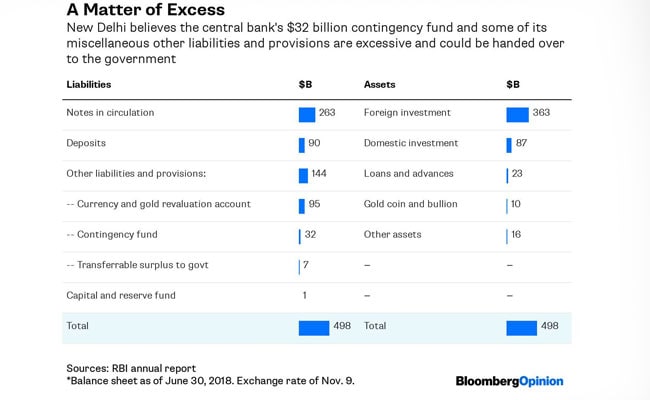 Nowadays, the ministry and the central bank are mostly singing from the same prayer book. And that may not be a bad thing in the short run considering that a liquidity-constrained economy has staggered under an unfolding shadow-banking crisis, something that an inflation-focused RBI almost completely missed. Even Mr Acharya, who was arguing his dissenting position of "no-rate-cut" as late as April, reluctantly cast his vote with the majority when it lowered benchmark borrowing costs again in June.

The RBI isn't blameless. Yes, the government has played fast and loose with GDP data; it shied away from reforming the governance of troubled state-run banks, and didn't like it when the RBI, as the banking regulator, tried to discipline them. Delhi also saddled the monetary authority with a chaotic currency ban. Yet the central bank's own repeated modelling failures and maladroit supervision of financial firms have also weakened it.

The efficacy, and indeed the very survival, of the country's fledgling inflation-targeting regime is in doubt. Raghuram Rajan, the former governor who originally proposed the framework, wanted stable inflation expectations at home to spur greater use of the Indian currency abroad, leading to a permanent drop in the country's cost of capital. That longer-term goal may also get jettisoned.

For now, all this may not matter. With the U.S. Federal Reserve looking set to reduce rates, India, too, can afford to be adventurous with monetary policy to help paper over the cracks in its shadow banks. If that revives even an impression of growth, global investors will come in droves, especially when there's not much yield anywhere else.

However, this is the third hasty departure in three years of a top-ranking Indian central bank official who openly disagreed with Delhi. If perfect ideological consonance with a fiscally irresponsible government - a structural feature of India regardless of who's in power - becomes a prerequisite for a leading role at the monetary authority then one day, when markets are less forgiving, India will find itself lacking in credible institutions.

Mr Acharya says he's resigning six months prematurely for personal reasons, which may include a desire to rejoin the faculty of New York University for the fall term, according to reports in media.

But if the government goes ahead and helps itself to a dollop of the central bank's capital, investors will draw their own conclusions. Sooner or later, the "wrath of financial markets" awaits those that emasculate such an important regulatory institution, as Mr Acharya said in his October speech. It's a warning that may come back to haunt Delhi.