Opinion: No Significant Boost Given to Oil & Gas Sector in Budget 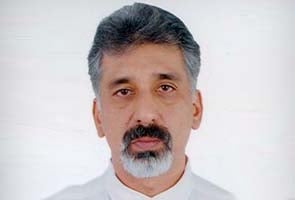 Increased oil and gas consumption has resulted in ever rising imports which has further resulted in increased subsidy, rising import bill and thereby has negatively impacted the fiscal deficit and increased the prices. Thus there is a need to enhance domestic production and India's energy security. Oil and gas industry was expecting effective policy reforms and tax measures in the budget which could provide stimulus to the industry. These expectations were further enhanced by Modi government's objective to achieve accelerated growth rate and fiscal consolidation.

The Finance Minister in his first Budget announced on Thursday, has expressed the new government's intention to accelerate production and exploration of coal bed methane reserves. Further it has been to explore possibility of using modern technology to revive old or closed wells. The Finance Minister has proposed to develop additional 15,000 km of gas pipeline systems to complete the gas grid across India using appropriate Public-Private Partnership models. These measures are expected to boost production and usage of mineral oil and gas.

On the income-tax front, couple of issues affecting the industry required clarification such as applicability of tax holiday to natural gas, and applicability of presumptive taxation regime for technical assistance provided by foreign players. However, though there are generic tax reforms which would impact the industry, industry specific tax reforms have been omitted.

Another benefit that has been proposed is extension of concessional tax rate of 15 per cent on dividends received by Indian companies from its subsidiary foreign company indefinitely. Also, the 5 per cent concessional withholding tax on interest payments by an Indian company on issue of long term infrastructure bonds has been extended to any long term bond.

Although not proposed as a part of the legislation, the Finance Minister has expressed the following to achieve a stable tax regime:

On the indirect tax front, specific excise and custom duty rates have been rationalised for coal and branded petrol. However, to fund environmental projects, clean energy cess on coal increased from Rs 50 per tonne to Rs 100 per tonne.

It has been clarified that exemption available for supplies against International Competitive Bidding also extends to sub-contractors for manufacture and supply of goods on behalf of the main contractor.

A serious dampener is substantial increase in service tax interest rates from 18 to 30 per cent (for delays over one year), given the litigation involving issues of interpretation. Other severe measures include restriction on the period for claiming Cenvat credit to just 6 months and amendment of Cenvat rules to disallow transfer of credit by a large tax payer (LTU).

However, introduction of mandatory pre-deposit of 7.5 and 10 per cent of tax/duty and penalty with a ceiling of Rs 10 crores at the levels of Commissioner Appeals and CESTAT respectively is retrograde.

Though no clear guidelines have been announced in the Budget for introduction of GST and DTC, the Finance Minister's comments on review of DTC and firm resolution on key areas of disputes with States within the year are positive.