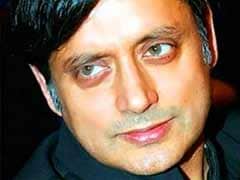 (Dr. Shashi Tharoor, a two-time MP from Thiruvananthapuram and the former Union Minister of State for External Affairs and Human Resource Development, is the author of 14 books, including, most recently, Pax Indica: India and the World of the 21st Century.)

The Finance Minister delivered himself of the longest Budget speech in living memory on Thursday - two hours and a half, punctuated by a five-minute break to rest the Minister's aching back, following which he resumed his oration seated. It was one more confirmation that length is no substitute for substance.

After hearing Arun Jaitley's views on the UPA's budgets over the last five years, I have to confess I am disappointed in his own budget's lack of "big, bold ideas". For the last decade the BJP has been critical of the UPA's budgets and could have been assumed to have had a pretty good idea of what they would have offered in our place. I had expected some path-breaking reforms, some radical departures from UPA policies, and of course a few of Prime Minister Modi's "bitter pills". We got none.

A budget can't be a laundry list of assorted 100-crore sops to various constituencies - it has to have a vision and a clear policy direction. Where are those?

No fewer than 29 projects have been allocated 100 crores each. We wondered if we were hearing a budget speech or a list of Bollywood box office collections.

For a government that had long deprecated the UPA's alleged "indecisiveness", there were no concrete decisions on offer. For instance, after decrying UPA's tax policies for years, Mr Jaitley announced no decision on introducing the pending Direct Tax Code. Instead he gave us a series of committees - an expenditure management commission, a high-level committee of the CBDT on retrospective taxation, another to interact with industry on taxation, a fourth one to examine MSMEs. This from a party that routinely accused UPA of delegating decision-making to groups of ministers!

No specific measures were announced to reduce inflation. Price rise is the issue that most hurts the "aam aadmi", but the party that rode to power on public resentment of high prices had no inflation-busting solutions to offer.

There was no indication of where new jobs will come from for the 12 million young people entering the employment market each year.

After accusing the UPA of fudging the numbers in claiming a fiscal deficit of 4.6 per cent, the NDA budget now accepts those numbers. But it gives no specifics on how it will bring that down to 4.1 per cent, a target it endorsed without cavil.

From a macro-economic perspective, there are some real worries about how the Finance Minister will achieve any fiscal consolidation with his budget. The fine print shows that the Government expects Rs 99,000 crores from non-tax revenues.

Where's that coming from, if not from selling national assets? Yet Mr Jaitley didn't even mention the word "disinvestment" in his speech.

In the absence of clear measures to increase revenues or tax collection efficiency, how will NDA manage the fiscal deficit? Won't there inevitably be cuts in development expenditure?

Strikingly, resource mobilization for infrastructure is meagre. In 2013, then-Chief Minister Narendra Modi had called for Rs 55 lakh crore to be devoted to infrastructure improvements: his Finance Minister hasn't come close, his numbers clocking in at around 2 per cent of Mr Modi's preferred figure.

Agriculture - one area in which the country has been growing relatively well -- has been woefully neglected by the NDA budget, in a year where farmers are particularly vulnerable to consequences of a bad monsoon.

Yes, the Rural Youth Entrepreneurship scheme is an innovative idea, but can Rs. 100 crore be a serious figure for a scheme for the rural young, in a country where 67 per cent of the population is rural and 65 per cent is young (under 35)?

Some of the budget allocations raise eyebrows, and some others might raise hackles. The Rs 500 crores offered to Kashmiri Pandits pales by comparison with the Rs 1600 crores allotted by UPA in its 2008 budget for the Kashmiri Pandits' relief and rehabilitation. Rs 100 crore has been set aside for the training of sports persons for the upcoming Commonwealth games in Glasgow and the Asian games in Incheon, but it's not clear how much training they will get, since it cost Rs. 678 crore just to train our medal-winning athletes in the2010 Commonwealth games.

Oddly, Rs 100 crore has been allocated this year for the Metros in Lucknow and Ahmedabad. Again, it is far from clear what kind of metro facility can be developed for that amount. The Finance Minister must be aware that the cost of just one line of the Mumbai Metro was Rs 4,321 crore, and the average per-kilometre cost of the Delhi Metro is Rs. 204 crore. Will commuters in Lucknow and Ahmedabad have to walk?

One indication of the NDA's skewed priorities lies in its allocating Rs. 100 crore for a "beti bachao/beti padhao" scheme, while finding Rs. 200 crore for a "Unity" statue in Gujarat. I suppose for the BJP, the "beti's" voice counts for even less than that of the "murti". To rub further salt into the gender wound, the budget allocates less for women's safety than it does for the statue.

In some areas, however, the NDA has adopted the very UPA policies it had criticised, opposed and blocked. I am glad to see the BJP embracing the Goods and Services Tax, which had been opposed tooth and nail by BJP-ruled state governments even though business groups had said that it could add 2 per cent a year to India's GDP. But again, no specific deadline has been announced for its adoption.

Mr Jaitley had long attacked the UPA' service taxes, joking that he couldn't use the "sulabh sauchalaya" at Lodhi Garden on his morning walks because toilet use would be taxed since it's not on the negative list of service tax exemptions. Now, he has in fact increased the number of items attracting service tax. He has flushed his own objections down the toilet.

Some of UPA's social sector schemes have remained intact; including the Mahatma Gandhi National Rural Employment Scheme, which - in an unscripted statement not found in his published text - Mr Jaitley assured the Lok Sabha would be maintained at its current levels.

'Skill India' is merely a new name for the UPA's National Skill Development Mission and the proposals already approved by the UPA for funding under the Nirbhaya Fund have been announced again by the BJP... As Mr Chidambaram memorably put it, the BJP campaigned for a "Congress-mukt Bharat", but they couldn't even deliver a Congress-"mukt" budget!

As an Indian, I want India to succeed, and Indians to prosper and lead decent, productive lives. If the Government can ensure that, it would be churlish of us in the Opposition to dissent. But they will have to do better than this budget if they are to persuade us, and those watching around the world, that they can take us there.

BJP apologists have argued that their government has only had 45 days and this is only a beginning. Fair enough, except they have been broadcasting their trenchant opinions for ten years and should not have needed even 45 days to act on views they have expressed for so long.

Nonetheless, we in the Congress will be looking for specifics, and a clear roadmap, in the weeks ahead. Mr Modi campaigned on the promise of showing voters the light at the end of the tunnel. In this budget, though, his Finance Minister hasn't even built the tunnel yet.