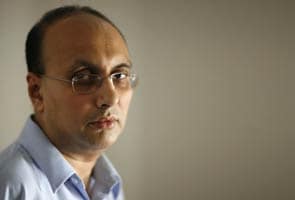 (Ashok Malik is a columnist and writer living in Delhi)

Every budget arrives in a context. The speech made by Finance Minister Arun Jaitley earlier today did too. It was constrained by the fact that Mr Jaitley was presenting a budget for essentially seven months, rather than 12, having taken over after an election that came after the financial year had begun. That apart, the fiscal position and the state of public finances did not allow him much elbow for adventure or risk-taking. Third, the failure of the monsoon and the pressure this is likely to put on already high food prices needed to be factored in.

In the circumstances, how has Mr Jaitley done? He has delivered an adequate budget without it being an exhilarating one. His budget will not send the stock market into paroxysms of delight, guided as it is by punters who seek signs of immediate gain. Conversely, his budget will not allow the Congress and the opposition to easily criticise it either. In that sense it is a politically astute and circumstantially realistic budget.

The numbers didn't given him much space for manoeuvre but Mr Jaitley has used the budget to outline his government's plan and road map for the economy in the coming two or three years. He has spoken of taking growth back to the seven to eight per cent mark and committed himself to a fiscal deficit of three per cent of GDP in two years. He has put aside money for agriculture and aspects of infrastructure. He has offered incentives and tax holidays for crucial power projects.

He has spoken of living within one's means and looking at fertiliser and fuel subsidies. He has said, clearly and boldly, that the National Rural Employment Guarantee Programme needs to be linked to genuine asset creation and can't be used to dig and full up holes as it were. Relatedly - or complementarily - he has given a big sum for skilling.

He has married the inevitable recapitalisation of banks with a need to sell the disinvestment story to retail investors and common citizens, and offered them equity in public sector banks that require fresh funds. This is a departure from the culture of hand-outs and establishes the finance minister's faith in a stakeholder (or even stockholder) democracy. Without expressly annulling the retrospective tax, he has junked it.

Have they been disappointments? Yes; raising the cap on FDI in defence to 49 per cent (from the existing 26 per cent) is a let-down. Big-ticket investment and technology transfer will not come at these levels. Given Narendra Modi made domestic, private-sector defence manufacture a big theme of his election campaign, the reluctance to agree to 74 or even 100 per cent FDI in defence suggests a regrettable succumbing to protectionist lobbies and "Bombay Club" sentiment.

Further, there is good intention and fine delineation of goals - but in many cases the details are missing. No doubt these will be spelt out in the weeks and months to follow. By presenting a sober and sobering budget - which cannot be summarily denounced by political rivals - and in providing for a whole host of small and medium schemes and programmes for a variety of interest groups and states and regions, Mr Jaitley has given himself political cover and added to his political capital.

In the months ahead, in the rest of the year and in early 2015, free of the stress and media circus of Budget Day, Mr Jaitley and PM Modi will have to deftly use this political cover and political capital. They will have to make their defining reformist moves. India will hold them to that promise.