A year after the collapse of IL&FS Group, a specialist infrastructure financier, the crisis of confidence is getting worse.

When a well-capitalized shadow bank's credit rating goes from A+ to D in 10 days, it shows how fragile lending to India's builders has become. It also highlights the policy error of not addressing the root of the problem: land.

In June, three months before the unexpected default by Altico Capital India Ltd., I proposed a land bank that would buy stalled property projects from struggling developers. The bank would pay with government-backed debt securities, which the builders would use to repay loans.

To see how this could prevent liquidity problems from cascading into solvency issues, consider the Altico default. The Clearwater Capital Partners-backed firm missed a measly $2.8 million interest payment after its tight but manageable repayment schedule of $135 million became a squeeze at $233 million in the financial year that started April 1. The 63 cents of equity behind every dollar Altico owed to its creditors was of little help. Spooked by its $900 million-plus loan book for residential and commercial real-estate projects, two lenders exercised put options or reset the interest rates so high that they had to be prepaid.

India's banks are rapidly losing faith in the shadow financiers that lend to property builders. A year after the collapse of IL&FS Group, a specialist infrastructure financier, the crisis of confidence is getting worse. Indiabulls Housing Finance Ltd. shares fell as much 38 per cent on Monday after the central bank imposed lending restrictions on Lakshmi Vilas Bank Ltd., a deposit-taking institution the financier has been trying to merge with to bolster its funding sources.

The nervousness with shadow banks isn't about the quality of their retail loans, which are still fairly resilient. It's their lumpy advances that are worrying investors. Dewan Housing Finance Corp., which defaulted in June, underwrites mortgages, but it also has $5 billion of exposure to developers. As banks try to restructure Dewan, a contentious issue is the haircut they'll have to take if the lender is forced to sell its builder loan book at a deep discount. 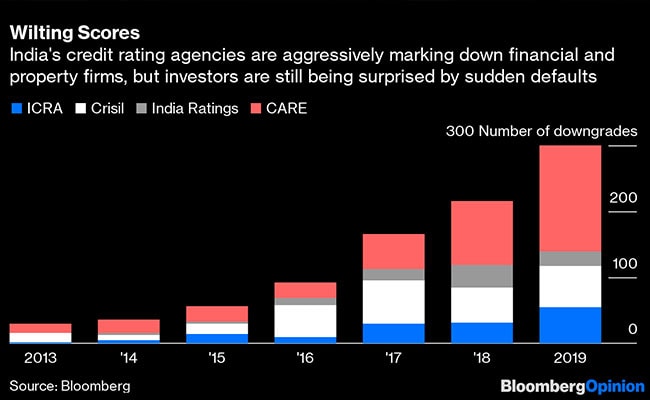 Prospective buyers are bound to haggle. There's no assurance that the builders will complete and sell the apartments. The evidence points to the contrary. Many private funds that began investing in Indian real estate six to nine years ago have been unable to return even the principal to investors, despite repeatedly extending the life of the investments. India's delayed apartment units are a $22 billion mess, according to the website Moneycontrol, which notes several reasons. Amid a cyclical slowdown, demand for premium housing has collapsed; shantytown rehabilitation got stuck in a compliance and clearance quagmire; and nobody bothered to fix the broken plumbing - the regulator looked the other way even as the fund managers kept collecting fees.

Now everyone's woken up. The $1.4 billion last-mile fund that the government has proposed to finance completion of mothballed middle-income and affordable housing units won't even skim the surface of the stress. That's because this money won't be available to builders whose debt has already been marked down by banks as nonperforming or those that are facing insolvency proceedings. While New Delhi's reluctance to bail out private industry is understandable, it must recognize that the second-highest number of in-court insolvency cases in India involve real-estate firms. A solution that sidesteps them will be of little help.

Instead of lending them money, New Delhi should force developers to disgorge delayed projects to a land bank. They'll get a fair value, but in the form of special sovereign-guaranteed bonds that must be used to repay loans. If a lighter balance sheet allows builders to complete other projects and exit the crisis stronger, fine. If not, they'll go into bankruptcy - but with a lower debt load. 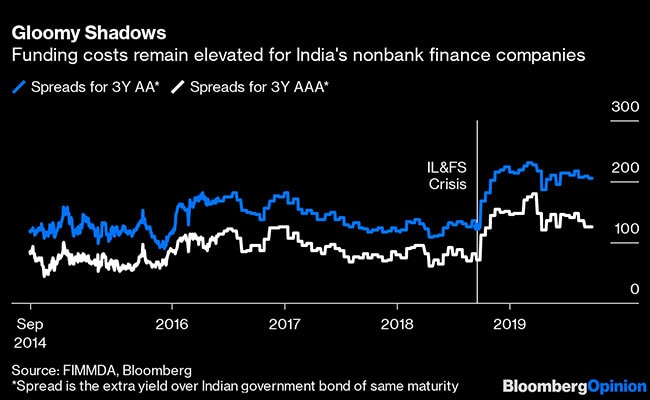 As a government entity, the land bank would be able to obtain construction clearances more easily. To boost the value of its real estate holdings, it could also be allowed more liberal building-height and land-use norms. It could then auction blocks to developers and use the proceeds to redeem the bonds. If executed well, taxpayers might even end up making a profit. And buyers will get the homes they've paid for.

What's more, once a land bank is operational, it could even take over and sell the surplus land held in India's public-sector enterprises. That would generate fiscal resources for the government. But that's for later. The more urgent need is to reduce the risk to the financial system by forcing the real-estate industry to deleverage. Shares of Piramal Enterprises Ltd. fell 7 per cent on Friday, and slid another 5.5 per cnet on Monday, after the Economic Times reported that talks for a $1 billion capital injection by SoftBank Group Corp. into the Mumbai-based conglomerate's housing finance unit had fallen through. The sticking point was developer loans, the report added, citing unidentified people close to the situation. According to Jefferies estimates, 89 per cnet of Piramal's loan book consists of advances to builders.

Confidence in counterparties won't return until the collateral woes are taken care of. A land bank could square the circle.

Amazon, Walmart And Mukesh Ambani Will Help Save India's Banks