Opinion: For Black Money, Look in India, Not Switzerland 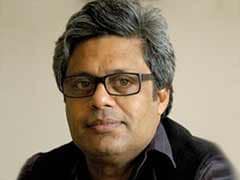 The BJP has made a big issue of bringing back black money stashed by Indians abroad. But a comprehensive study on India's parallel economy, running into over 1000 pages and conducted by the finance ministry's think tank, National Institute of Public Finance and Policy (NIPFP), has made sensational revelations about black money generated by domestic economic activity.

The study, presented to the Finance Minister and the newly-set up SIT on black money, says the extent of unaccounted money generated in today's globalised Indian economy could go upto 71 per cent of India's GDP.

The current study by NIPFP reckons the parallel economy may have multiplied in the past 25 years. This period also saw India's deeper integration with the world economy which itself may have further boosted the growth of India's parallel economy.

Overall the political significance of the NIPFP report is that the BJP government may be forced to look inward to deal with the menace of black money rather than focus all its attention on Swiss bank accounts held by Indians.

In any case, there is serious doubt whether $400 to $500 billion belonging to Indians would be sitting in Swiss accounts. Officially, the Swiss authorities have reportedly claimed Indians have less than $3 billion in banks based in Switzerland. The empirical origin of the $500 billion figure is yet unknown. This figure got popularized when a CBI Director casually mentioned it to the Supreme Court where a Public Interest Litigation was filed in regard to getting Indian money back from Swiss accounts. In any case, the Swiss authorities are cooperating now and it will soon be known how much money Indians have illegally stashed abroad.

Also, it must be understood that normally illicit monies don't sit idle and they get invested in global assets where returns are high. It is quite possible that individuals and businesses that have black money abroad may have partly invested them back in India or some other place abroad.

The report says that between 2000 and 2009, India had seen the illicit outflow of funds to the tune of over $100 billion due to trade misinvoicing in export and import. It is not surprising that this period also coincided with a massive boom in India's international trade with exports and imports running at over 25 per cent on average. In some years, exports saw 30 per cent plus growth. Many economists and trade experts have wondered from time to time whether a part of the export growth recorded during the boom years was indeed real!

The NIPFP report, which is yet to be made public, goes into several sectors of the economy and looks at the unaccounted economic activity. For instance it reckons that the mining sector could have about 11 per cent unaccounted-for output. This could be due to illegal mining that was so common in states like Karnataka, Goa, Jharkhand etc.

It says gold is probably one of the biggest sources of laundering black money in the economy. Gold is most commonly used for hawala purposes, the report says. There is no real estimate of gold held by people in India. The report suggests there is a need to take formal measures to quantify gold held by individuals on a periodic basis. There are huge data problems in studying the gold market.

Another big source of generation of black money is the real estate sector which has witnessed an unprecedented boom in the past ten years or so. The report suggests that in Delhi, the ratio of unaccounted value of real estate transactions to the total value is as high as 78 per cent. The same ratio is 50 per cent in Kolkata and Bangalore.

In smaller towns and semi urban centres, nearly 100 per cent of property transactions are conducted in cash. The report implies that the real estate market is probably as non-transparent as the gold market. The stock markets, especially what traders describe as "Dabba market" or grey market, also remains one of the key sources of creating and laundering black money. The report says the present regulatory framework is totally inadequate in dealing with such grey markets.

The study also examines how big social sector programmes of the government also generate black money when the funds are appropriated by those not intended to benefit. It takes MNREGA as an example where some states saw funds leakage to the tune of over 30 per cent to 40 per cent and this money becomes unaccounted as it is used to buy real estate or some other assets by the unintended beneficiary.

The significance of the NIPFP report is that the new government as well as the SIT on black money will probably end up focusing a lot more on the domestic sources of black money which could also have links with foreign accounts as money moves seamlessly across borders in the age of globalisation.

Opinion: Builders Should Have Realistic Expectations