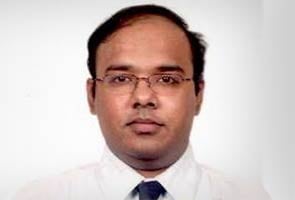 The Modi-government's much awaited maiden budget comes amidst high expectations. The tax-related proposals are probably the most awaited part of the Budget - with corporates hoping for business-friendly tax amendments. While Budget 2014's corporate tax proposals address some pain points for taxpayers, it falls short of the sentiment-fuelled expectations for the Budget.

The ailing manufacturing sector has received a boost - manufacturers will now be entitled to a 15 per cent investment allowance if they invest more than Rs 25 crores in new plant and machinery in a year, as against the threshold of Rs 100 crore earlier. This move is likely to benefit smaller manufacturers.

SEBI is close to finalising the regulatory regime for Real Estate Investment Trusts (REITs), which enable pooling of funds for investment in rent yielding real-estate assets. In tandem, the Budget proposes to put in place a conducive tax framework for REITs. Under the proposed framework, REITs will be entitled to a "pass-through" status, where there will be no double taxation of income. Contribution of assets to a REIT has also been made tax neutral. With this favourable framework, the stage has been set for a successful REIT regime in India.

Under the Companies Act 2013, large corporates are mandated to spend 2 per cent of their net profit on Corporate Social Responsibility (CSR). It was unclear whether this CSR spend would be a deductible expenditure for tax purposes. With a view to putting end to this ambiguity, it is proposed to expressly provide that CSR expenditure will ordinarily not be tax-deductible. The idea appears to be not to subsidize CSR by granting tax breaks.

Budget 2014 tries to address what is possibly the single biggest problem with the Indian tax regime - the high levels of tax litigation.

Transfer pricing in India has become an extremely litigative area, with India having the dubious distinction of having one of the highest number of transfer pricing disputes in the world. The 2012 Budget had introduced the Advance Pricing Arrangement (APA) mechanism under which taxpayers and the tax authority could mutually agree upon a transfer price in advance for future transactions. With a view to reducing litigation, Budget 2014 proposes an innovative twist to this APA mechanism -- it is now proposed that the transfer price agreed upon through the APA process can be made applicable for 4 preceding years as well, subject to certain safeguards. This measure would greatly increase the utility of the APA mechanism and would go a long way in reducing tax disputes in the transfer pricing arena.

Hitherto, only non-resident taxpayers and PSUs were eligible to approach the Authority for Advance Rulings (AAR) for an advance ruling. The Finance Minister proposes to extend the system of obtaining advance rulings to resident taxpayers as well. This along with the proposal to strengthen the AAR by increasing the number of benches would help taxpayers obtain tax certainty.

While the budget has introduced some welcome amendments, what it has omitted to do is also equally important.

The other big-ticket item which the Finance Minister has not addressed is the General Anti Avoidance Rules (GAAR), which is slated to come into force from 1 April 2015. GAAR would grant tax officers extremely wide and subjective powers - potentially giving room for abuse and taxpayer harassment. There was a widespread expectation that the business-friendly NDA regime would either drop or defer GAAR. However, the Budget does neither; GAAR would now come into force from 1 April 2015 as earlier. The decision not to tinker with GAAR runs contrary to the government's stated intention of increasing transparency and reducing tax litigation.

The Modi-government's maiden budget is a mixed bag. The steps taken for reducing tax disputes by strengthening the APA regime and the AAR are pragmatic. The tax-breaks for the stressed power and manufacturing sectors are also timely. The proactive move to put in place a tax regime for REITs would go a long way to ensuring a successful introduction of REITs. However, there remains a feeling that the government could have done a bit more in the budget - addressing the "indirect transfer" and GAAR tangles would have gone a long way in improving the investor sentiment.

On the whole, the measures which the government has introduced through the budget represent a positive beginning. While these measures will certainly provide a boost to the Indian economy, it is hoped this is only a precursor to a more wide-reaching tax reform agenda.