Amazon, Walmart And Mukesh Ambani Will Help Save India's Banks

A common refrain you hear in India is, "There's no credit in the market."

The despondence cuts across industries as diverse as real estate, autos and road construction. An 88 per cent slump in the flow of funds to the commercial sector between April and September shows that the producers' unease is justified.

However, one credit tap is starting to gurgle, giving some cause for optimism. Pocket-sized loans are feeding online consumption, with demand coming from smaller cities and towns. The amounts are still tiny, but as digital spending grows, financing it has the power to turn the page on Indian lenders' underwriting of soured corporate loans: the source of a $200 billion sigh of collective agony. 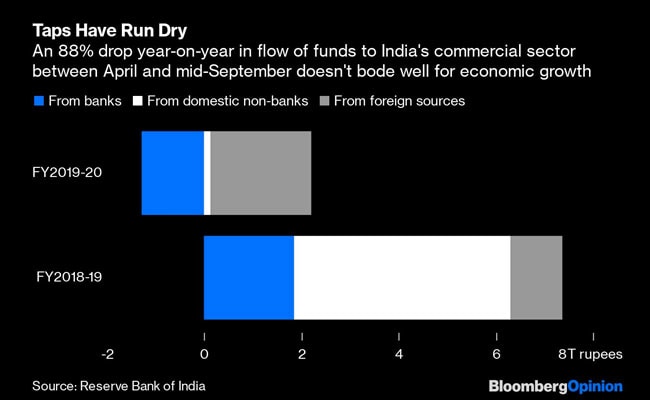 Amazon.com Inc. and Walmart Inc.'s Flipkart Online Services Pvt claimed record sales during the recently concluded six-day online shopping bonanza that marks the start of the Indian festival season. Although nowhere close to Alibaba Group Holding Ltd.'s $31 billion Singles' Day promotion in China, the Indian version of Black Friday has grown fivefold to $3 billion in four years, according to a review of this year's sales by RedSeer, a consulting firm. Add the spending between now and Diwali, and Forrester Research reckons the total for a month of online purchases may fall just shy of $5 billion.

Although the 30 per cent growth this year was slower than in the previous three, it's a strong outcome in a weak economy. Both of India's leading e-commerce marketplaces cited small towns - and credit - for their success. Flipkart says Tier 3 cities ordered 100 per cent more goods this year. The share of transactions using credit options grew by 70 per cent, with a majority of these people living outside of big cities. Amazon revealed that three out of four customers who availed themselves of financing came from Tier 2 and 3 cities; significantly, every second buyer who used credit did so for the first time. 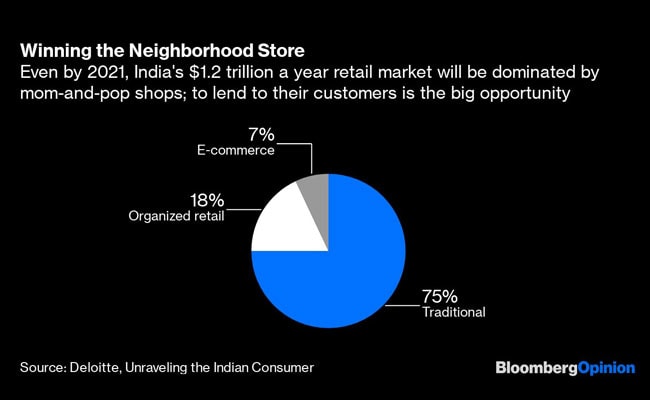 All this is hardly unique to India. China's e-commerce boom saw an explosion of microloans, with millennials buying hamburgers on credit and the buy-now-pay-later habit picking up in Indonesia. What makes India interesting is the possibility that soon even physical retail will embrace digital in-store credit - minus plastic.

A mobile-payment app with pay-later options at physical stores will be an important innovation. For all its expansion, e-commerce will account for only 7 per cent of India's $1.2 trillion retail sales by 2021, according to Deloitte. Credit cards won't go beyond big cities and organized retail. It's not worth any bank's while to make card acceptance universal because the revenue to a bank from signing up a mom-and-pop shop - the merchant who handles purchases at the bottom of the income pyramid - is a meager $4 a month.

That's why Flipkart's "cardless" credit deserves attention. Customers are validated for a $1,400 limit via a simple video upload; the actual financing comes not from Flipkart but from banks and financiers like Bajaj Finserv Ltd. This is the model that Mukesh Ambani, India's richest man, might use to connect India's 30 million small retailers with consumers. Amazon's claim that its Great Indian Festival saw orders from 99.4 per cent of the country's postal codes owes that reach to Mr Ambani's aggressive entry into telecoms three years ago. The 4G network of Reliance Jio Infocomm Ltd. has caused data prices to crash and usage to explode.

But Mr Ambani won't let the American duo of Amazon and Walmart be the biggest beneficiaries of his disruption. If Jio succeeds in taking its knowledge of 340 million Indians who use its mobile service to neighborhood stores, where most people still shop, banks and shadow banks will rush in with credit. From Citigroup Inc. to State Bank of India, HDFC Bank Ltd. to Singapore's DBS Group Holdings Ltd., everyone will want this sizable new line of revenue at the intersection of consumer and corporate banking.

Writing in the Financial Times, Viral Acharya, a former deputy governor at the Reserve Bank of India, argues that finance in the country must learn from shampoo makers such as Unilever and Procter & Gamble Co., who boosted sales by offering families affordable quantities in small sachets rather than in more expensive full-size bottles. 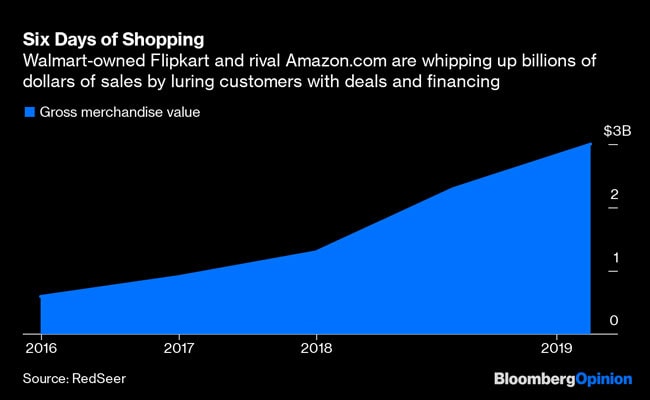 To similarly make bite-sized finance sustainable, account aggregators are coming. They'll digitally record a consumer's transactions with various institutions and, with consent, share data with a lender. Given that 52 per cent of Indian workers are self-employed, and only 23 per cent earn a regular wage, to be able to accurately assess a borrower's irregular cash flows will give lenders confidence to extend credit.

So large is the overhang of bad corporate debt that to suggest a better model of banking will emerge invites skepticism. Yet below the surface of corporate bankruptcies and failing financial institutions, technology is enabling important change. Maybe not tomorrow, but credit will go where it is due.

Infosys May Need Some Time In Rehab To Fix Itself