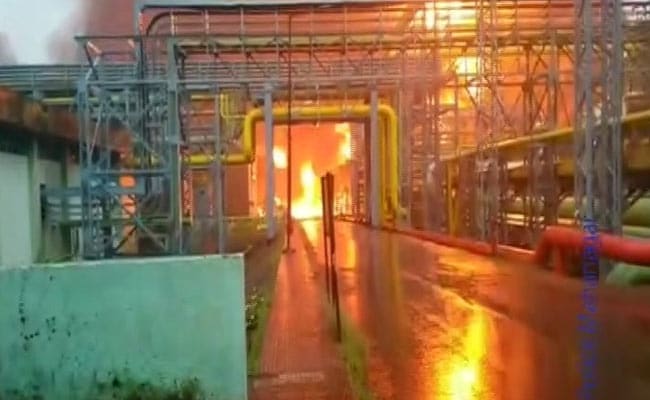 The blaze erupted around 7 am in the gas processing plant of the ONGC.

Oil & Natural Gas Corporation or ONGC shares fell over 3 per cent on Tuesday after a fire broke out at its oil and gas processing plant near Navi Mumbai. The blaze erupted around 7 am in the gas processing plant of the ONGC located in Uran area of neighbouring Navi Mumbai, killing two people, an official was quoted as saying by news agency Press Trust of India (PTI). "The fire is being contained. No impact on oil processing. Gas diverted to Hazira Plant. Situation is being assessed," the oil explorer said in a tweet.

Several fire brigade teams were rushed to the spot, an official said, adding that rescue operation was underway.