PM Modi said the government will be spending Rs 7.5 lakh crore over 5 years to build its oil and gas infrastructure. 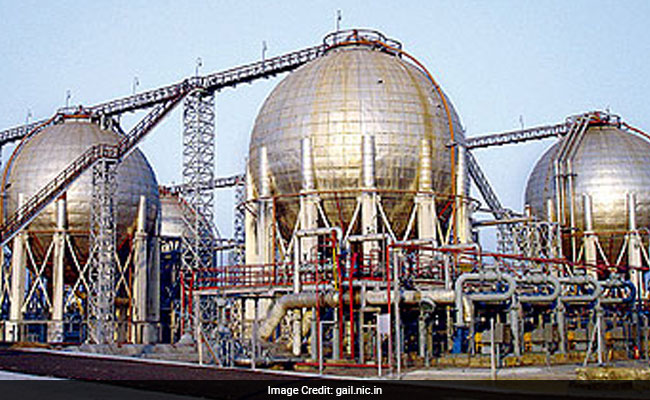 Shares of natural gas producers and suppliers rallied in trade on Thursday a day after Prime Minister Narendra Modi said that the government is committed to bring natural gas under the Goods and Services Tax (GST). Shares of Gujarat State Petronet rose 13 per cent, Indraprastha Gas rose 8 per cent, GAIL India climbed 7 per cent, ONGC advanced 6 per cent and Petronet LNG gained 3 per cent. The index of oil & gas shares on the BSE - S&P BSE Oil & Gas index was top sectoral gainer, the index climbed as much as 636 points or 4.25 per cent.

PM Modi said the government will be spending Rs 7.5 lakh crore over 5 years to build its oil and gas infrastructure.

"We are developing a gas pipeline network to achieve 'One Nation One Gas Grid'. We have planned to spend seven and a half lakh crores in creating oil and gas infrastructure over five years. A strong emphasis has been laid on the expansion of city gas distribution networks by covering 407 districts," PM Modi said while laying foundation stone of key projects of Oil & Gas sector in Tamil Nadu.

"Since 2014 we have brought in various reforms across the Oil and Gas sector covering exploration and production, natural gas, marketing and distribution. We are working on attracting domestic and international investment through investor friendly measures. We are trying to eliminate the cascading effect of different taxes on natural gas across different states. Uniformity of tax will lead to reduction of cost of natural gas and increase in its usage across industries. We are committed to bringing natural gas under the GST regime," PM Modi added.

As of 10:59 am, the oil & gas shares were outperforming the benchmark indexes with a gain of 4 per cent compared with Sensex which was trading on flat note.