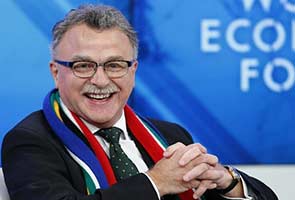 Old Mutual is also still looking to expand in sub-Saharan Africa, Julian Roberts told Reuters in an interview, though prices were rising for insurance businesses, as European and South African firms compete for a slice of this underpenetrated market.

Prime Minister Narendra Modi resorted to a rarely-used executive decree last month to enable foreign firms to increase their stakes in insurance joint ventures to 49 per cent from 26 per cent.

Old Mutual currently has a 26 per cent stake in its joint venture.

"I am a real fan of India," Roberts said, though he added that the market was currently a difficult one, with regulation curtailing business.

"We will be considering over the next few months with our partners whether we are going to change that shareholding."

In Africa, Old Mutual has spent 700 million rand ($61 million) of a 5 billion rand programme to acquire businesses in sub-Saharan Africa, focusing on Ghana, Kenya and Nigeria.

Roberts said he was prepared to wait to buy businesses at the right price, that can generate returns on equity of around 16 per cent on a five-year horizon.

"The multiples people are paying are astronomical - we do not want to overpay."

The firm would not need to raise share capital for acquisitions, as its businesses had low leverage and were strong cash generators. It could also issue more debt to finance expansion, Roberts said.

Old Mutual is the majority owner of Nedbank, which late last year took a 20 per cent stake in pan-African lender Ecobank.

Ecobank removed its chief executive in March 2014 in a crisis over corporate governance.

Roberts said he was satisfied with Ecobank's governance and with the size of Nedbank's stake.

"I am absolutely happy that those days are well behind them," he said, adding that "we are happy where we are with the stake that we've got".

In the United States, Old Mutual brought its fund management arm OM Asset Management to market last year, but still owns 78 per cent of it. Roberts is chair of the asset management firm.

OM Asset Management was looking to acquire more asset managers, Roberts said, adding the parent company would be prepared to scale back its majority holding in future.

"I accept there is a time when we probably will not have control of that business but....that's a decision for (in) 2-3 years."

Old Mutual also has businesses in Latin America and China.

Roberts said the Chinese financial services sector was competitive but added: "You know that if you ever get out of China you'll never get back in again."