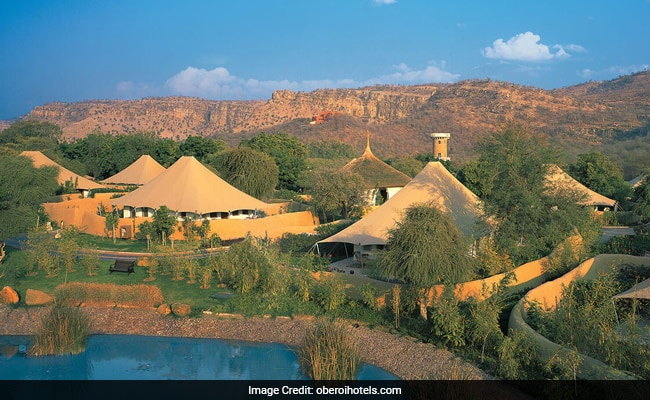 Oberoi Vanyavilas, Ranthambhore had secured the top spot in this category last year.

Oberoi Vanyavilas in Sawai Madhopur (Ranthambhore) secured the number one spot in the world in a TripAdvisor ranking of top 10 hotels around the globe in small hotels category. The second position in the category was secured by La Maison d'Aix', Aix-en-Provence, France, followed by Vahine Private Island Resort, Tahaa, Society Islands, according to the TripAdvisor's travellers' choice rankings.

A check on Oberoi Hotels' website showed tariffs ranging from Rs 47,000 to Rs 70,000 per night for stay later this week.

"It's always exciting to acknowledge the best properties worldwide that inspire travellers to create lifetime memories. With an Indian hotel taking the number one rank in the world, for the second year in a row in any category leaves no doubt that Indian hotels are at par with the best of the class globally. Congratulations to The Oberoi Vanyavilas, Ranthambhore for being the number small hotel in the world and to all the other winners across categories," TripAdvisor India country manager Nikhil Ganju said.

Leela Palace in Udaipur has been ranked 19th while Umaid Bhawan Palace in Jodhpur featured at the 21th spot, according to the TripAdvisor Top Hotels Overall Travellers' Choice.