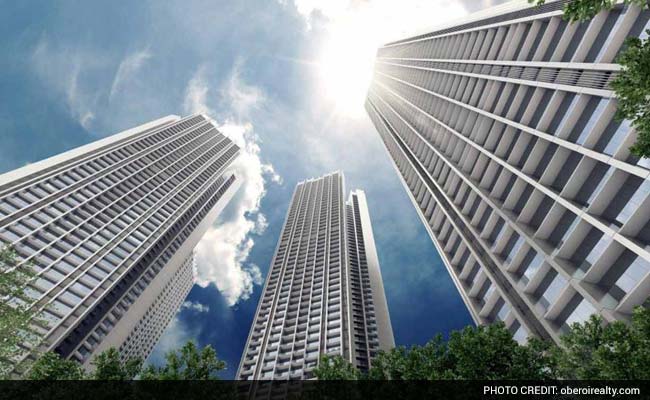 New Delhi: Mumbai-based Oberoi Realty has clocked sales of residential properties worth Rs 504.34 crore during the second quarter of the current fiscal year, up over three times compared with the corresponding period a year ago.

"Residential bookings during the quarter were of over Rs 500 crores," Oberoi Realty said in an investor presentation. Sales bookings are higher compared with the year-ago period as well as on a quarterly basis.

In the year-ago period, the company had sold 29 units for sales value of Rs 140.84 crore, while the sales bookings were Rs 406.28 crore in the first quarter of this financial year.

The maximum sale of Rs 300.63 crore was achieved in the Three Sixty West project at Worli. The company collected Rs 295.40 crore during the quarter ended September, according to presentation.

Last week, Oberoi Realty reported a 12 per cent increase in consolidated net profit at Rs 83.72 crore for the quarter ended September, as against Rs 74.45 crore in the year-ago period.

Income from operations increased to Rs 252.02 crore during July-September period of this fiscal from Rs 190.77 crore in the corresponding period of the previous year.

During the first six months of this fiscal year, the company has recorded consolidated revenue of Rs 594.93 crore as against Rs 423.03 crore in the corresponding period of last fiscal year.

"The real estate sector has been influenced by some significant policy changes, recent being the monetary policy announced by RBI, which will bring the cost of money down and encourage sales," Oberoi Realty CMD Vikas Oberoi had said.

Promoted
Listen to the latest songs, only on JioSaavn.com
The Maharashtra government's sustained focus on infrastructure in Mumbai is helping bridge the infrastructure divide, acting as an added incentive for the sector here, Mr Oberoi said.

The company has a total of 39 completed projects across Mumbai.