Dealers charged a premium of up to $1.5 an ounce over official domestic prices in November, compared with a discount of up to $21 an ounce in October. 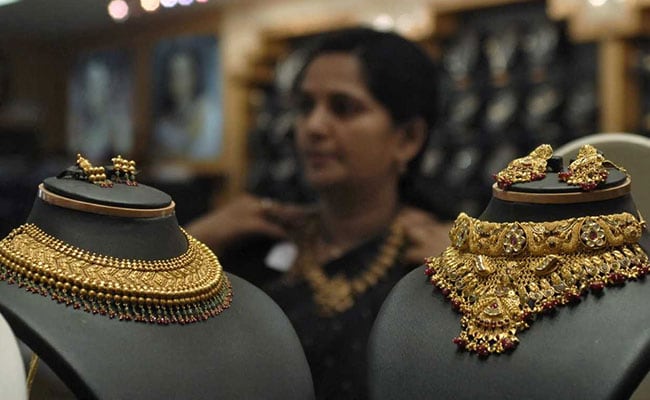 Country's gold imports in November jumped 78 per cent from a month earlier to the highest level in five months as jewellers in the world's second-biggest market for the metal restocked after a fall in prices, a government source said on Tuesday.

Higher imports by the South Asian country could support global prices that have risen more than 12 per cent so far in 2019, but could also widen country's trade deficit and put pressure on the rupee.

India fills nearly all of its gold demand through imports.

India imported 71 tonnes of gold in November, compared with 40 tonnes in October, the source said on condition of anonymity as he was not authorised to speak to media.

Imports were down 16 per cent from November 2018, however, he added.

Indians celebrated the Dhanteras and Diwali festivals in October, when retail demand for gold peaks as it is considered auspicious and invokes lasting prosperity.

Gold started trading at a premium in India to the official domestic price last month for the first time in 5-1/2 months on an improvement in demand from jewellers, which prompted refiners to increase gold  imports, said a Mumbai-based bullion dealer at a gold importing bank.

"Imports were not attractive for refiners until October due to massive discounts. As gold started trading in premium, they increased imports," he said.

Dealers charged a premium of up to $1.5 an ounce over official domestic prices in November, compared with a discount of up to $21 an ounce in October. The domestic price includes a 12.5 per cent import tax and 3 per cent sales tax.

The share of dore - a partially refined form of gold - in country's gold imports in November was 33 tonnes, compared with imports of 8.5 tonnes in October, the government official said.

Country's gold imports could fall below 40 tonnes in December, said a Mumbai-based dealer with a gold importing bank, which would mark a drop from last year's 73 tonnes.