No Reason To Doubt Government Commitment On Fiscal Targets: RBI

Last month, the finance minister had announced tax cuts for corporates by 10-12 per cent to 25.17 per cent. 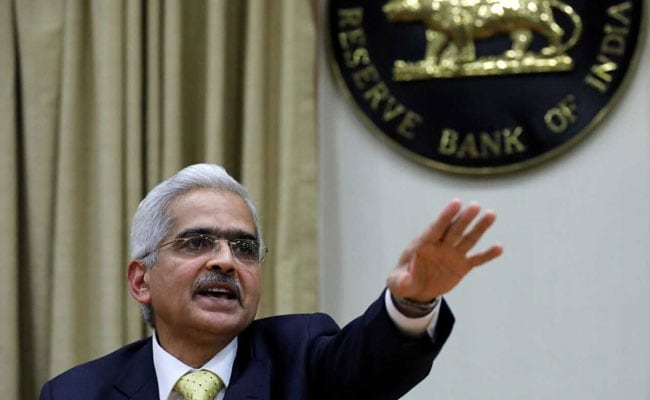 The RBI Governor said the government has several sources of revenue to meet the fiscal target.

RBI Governor Shaktikanta Das said on Friday that the central bank has no doubt over the government's commitment to meet the fiscal deficit target despite the massive tax giveaways of Rs 1.45 lakh and falling indirect tax collections. In the Budget, the government narrowed the fiscal deficit target to 3.3 per cent from 3.4 per cent of gross domestic product (GDP). The steeply falling GST collections and the historic cut in corporate taxes have raised concerns over the maintainability of the target. Many analysts expect the government to miss the target by a wide margin of 70-80 bps.

"So whatever short fall is expected because of corporate tax rate cuts, the government has the option of increasing or making it up from other sources," he said.

Last month, the finance minister had announced tax cuts for corporates by 10-12 per cent to 25.17 per cent, involving a revenue loss of Rs 1.45 lakh crore this fiscal year.

"The government has made a statement that they will adhere to the fiscal deficit target. Therefore, we have no reason to doubt the commitment to maintain the numbers as given in the budget," Mr Das told reporters after announcing the fourth bi-monthly monetary policy statement of the current financial year.

The Reserve Bank of India's Monetary Policy Committee decided to lower the repo rate by 25 bps to 5.15 per cent - marking the fifth reduction so far in 2019.

The RBI Governor said the government has several sources of revenue to meet the fiscal target.

The Reserve Bank of India also lowered India's economic growth projection for the current financial year to 6.1 per cent from 6.9 per cent projected in the August monetary policy.