Read inOther Languages
This Article is From Nov 15, 2019

No Cut In Welfare Schemes Despite Low Revenues: Nirmala Sitharaman

The minister said she expected November GST collection to be "good". GST revenues stood at Rs 95,380 crore in October. 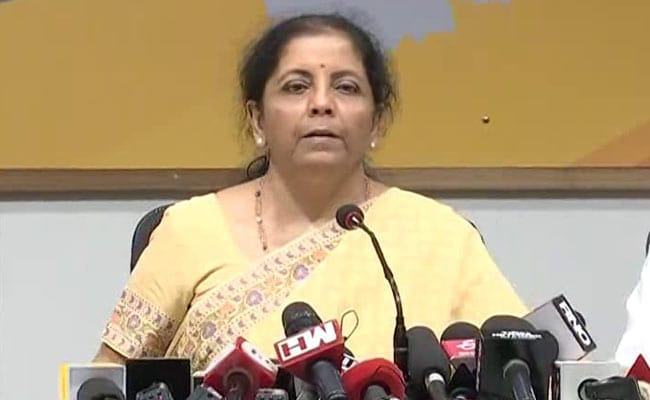 FM said the government will encourage all the departments to spend entire funds provided in the Budget.

Finance Minister Nirmala Sitharaman on Friday said no welfare schemes will be curtailed despite low revenues and she expected GST numbers for November to be "good".

She said that the government has no plans to cut spending on welfare schemes and will encourage all the departments of the Union government to spend entire funds provided in the Budget.

The minister said she expected November GST collection to be "good". GST revenues stood at Rs 95,380 crore in October.

"Welfare schemes will be there. I have started doing the Budget exercise. On fiscal deficit or position I will be able to talk when Revised Estimates are complete. I will do nothing... not disturb the welfare schemes," she said.

The government has high expenditures on such welfare schemes which are aimed at poorer sections and agriculture -- the MNREGS, PM Kisan Samman, and others.

The government has so far mopped up Rs 6 lakh crore or less than 50 per cent of the total tax collection target of Rs 13.35 lakh crore for the current fiscal and efforts are being made to achieve the target set in the Budget, PC Mody, Chairman, Central Board of Direct Taxes said on Thursday.