Faced with slowing economic growth, the industry has been clamouring for a stimulus package from the government. 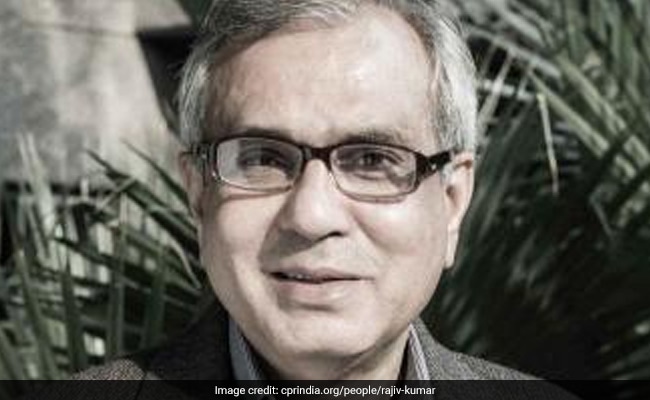 The finance ministry has pegged the fiscal deficit target for 2017-18 at 3.2% of the GDP

New Delhi: Niti Aayog Vice Chairman Rajiv Kumar has pitched for fiscal stimulus to boost growth with a rider that additional expenditure should be used only for increasing productivity and capital expenditure.

Faced with slowing economic growth, the industry has been clamouring for a stimulus package from the government. "I do see a case for stimulus," Kumar told Press Trust of India in an interview. He added however that additional expenditure should be used judiciously.

Kumar's comments come amid Finance Minister Arun Jaitley saying that he has not promised any fiscal stimulus, but would respond to the emerging situation.

"I have not used that phrase (fiscal stimulus). I said, we will respond to situations and your fraternity translated the word respond as meaning stimulus. So you are the ones who should be answering and not me," the minister told reporters in Washington yesterday in response to a question.

Jaitley's remarks followed increased speculation over a possible fiscal stimulus that can go above Rs 40,000 crore after six successive quarters of dip in the economic growth, which slid to 3-year low of 5.7 per cent in the April-June quarter.

Various experts have argued against fiscal stimulus as it would jeopardise the fiscal consolidation programme. On the apprehensions expressed about the stimulus, Kumar said: "It depends on how you increase government spending. If you go and throw money away and give doles then, yes, of course it will give wrong signal.

"But if you are doing that by increasing productivity and capital investment by making, for example, more roads, more airports, more railways, nobody can argue that this will give a bad signal."

Kumar further noted that the only issue then is, can you absorb stimulus productively. "Stimulus money should be used on increasing investment, increasing demand and improving physical and rural infrastructure."

The newly constituted Economic Advisory Council to the Prime Minister (EAC-PM) wants the government to stick to its fiscal consolidation road map and has suggested that stimulus to the industry should not be at the cost of fiscal prudence.

Chairman of the EAC-PM Bibek Debroy had recently said, "There is a consensus (among the members)... that the fiscal consolidation exercise should not be deviated."

The Reserve Bank had also cautioned the government against a stimulus package to revive the sagging growth, arguing that breaching the fiscal deficit target will fire up inflation and hurt long-term macroeconomic stability.

As of August end, the government has already run up 96.1 per cent of its fiscal deficit targets for the financial year 2017-18 as it has advanced spending on core infra sectors like roads, ports and railways.

Brokerage firm Nomura has warned that the present macro problems are due to higher spending, not a lack of that. It has also argued that they are not due to low revenue receipts either, hence a pump priming may be counterproductive this time around.

(This story has not been edited by NDTV staff and is auto-generated from a syndicated feed.)
Comments
EconomyNiti Aayog