Finance Minister Nirmala Sitharaman is addressing the media to provide details of the government's "Atma Nirbhar Bharat" package to help the economy tide over the damage caused due to the coronavirus pandemic and the weeks-long lockdown. 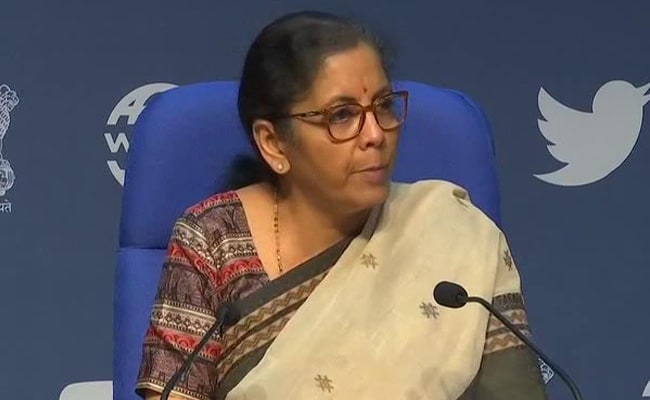 Finance Minister Nirmala Sitharaman on Saturday announced structural reforms for eight sectors, including introduction of commercial mining in coal and easier foreign investment norms for defence manufacturing. The moves came as the Finance Minister shared details of the fourth instalment of measures as part of the government's "Atma Nirbhar Bharat" economic package to battle the coronavirus pandemic and the weeks-long lockdown, which has disrupted businesses and impacted thousands of jobs. "The Prime Minister has emphasised on the importance of making the country stronger and ready to face global challenges," Nirmala Sitharaman said. Earlier this week, Prime Minister Narendra Modi announced fiscal and monetary support of Rs 20 lakh crore to support the economy.

Here are 10 things to know about Nirmala Sitharaman's fourth set of announcements under the "Atma Nirbhar Bharat" package: