The meeting discussed outcomes of the G20 Saudi Presidency in 2020, a digital platform to encourage infrastructure investments and expanding membership of New Development Bank. 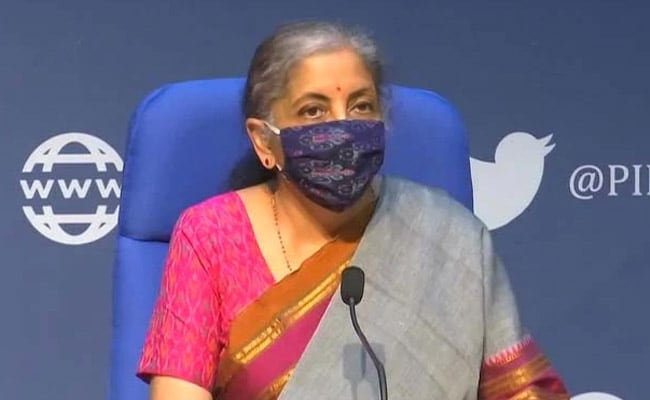 The Minister participated in the meeting under the BRICS Russian Chairmanship on Monday.

Minister for Finance and Corporate Affairs Nirmala Sitharaman participated in the first BRICS Finance Ministers and Central Bank Governors (FMCBG) meeting under the BRICS Russian Chairmanship on Monday. As per an official release, the agenda of the meeting included discussions on the outcomes of the G20 Saudi Presidency in 2020, a digital platform to encourage infrastructure investments and expansion of the membership of the New Development Bank.

"The Finance Minister observed that the G20, of which all BRICS countries are members, has delivered some very significant initiatives this year including the G20 Action Plan in response to Covid-19, which has provided broad guidance to navigate a collective global response to the crisis. Additionally, the G20 Debt Service Suspension Initiative ensured immediate support to address the liquidity needs of low-income countries," it said.

The release said that the Finance Minister further noted that BRICS members have played an important role in ensuring that concerns of emerging economies are appropriately reflected in these initiatives.

On the ongoing international efforts to find a solution to the issue of taxation of the digital economy, the Finance Minister said that a consensus solution will play an important role in ensuring fairness, equity, and sustainability of tax systems.

"The BRICS Finance Ministers and Central Bank Governors also discussed expansion of the membership of the New Development Bank (NDB). The Finance Minister supported the expansion of the membership of NDB and emphasised the importance of regional balance. Ms Sitharaman also shared her perspective on Russia's initiative to develop an integrated Digital Platform (Data Room)," it added.